Let’s Look At How To Remove a Bees Nest – Safely

Are bees – friends or foes?  Well, if they build their nests too close to my house or my garden, they become foes and, I need to know how to remove a bees nest without getting thoroughly and completely stung.  Those stings all have a bit of poison in them.  And, enough stings at one time could put me in the emergency room.

But, bees make the world go ‘round.  Bees have been around for over 100 million years…proven by a specimen found encased in prehistoric amber…which is fossilized tree resin. 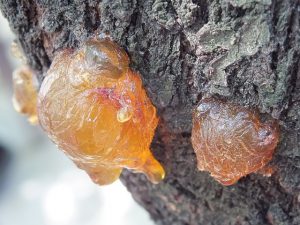 They Pollinate Over 70% of Our Garden Crops. 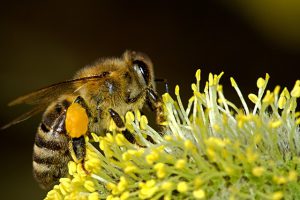 Through their pollinating skills, bees are instrumental in plant evolution by cross-breeding pollen between plants.  And, predatory bees, such as wasps, eat the bad pests that threaten the health of our garden veggies. 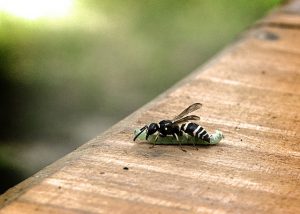 It is estimated that the human race could not survive more than four years if bees became completely extinct.

So…yes!  Bees are our friends…our bosom buddies…99% of the time…and they are absolutely essential to our survival!

But, What About the 1% of the Time When Bees Become Our Foes? 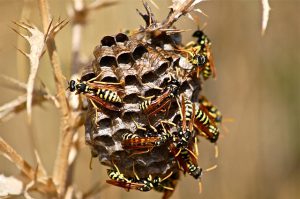 Bees make their home wherever they choose…regardless of our specific wishes.  Most of the time, they nest in wooded areas and we leave them alone to go about their lives in safety.

However, 1% of these beneficial critters decide to turn our yards and homes into their dwellings…creating bee-made underground caverns in our garden or yard…or, constructing nests and hives attached to our porches, walls, stairs, or other residential structure…normally in less trodden areas that satisfy their innate desire for safety and security.

Most of the 1% can be attributed to wasps…either yellow jackets or hornets…with the occasional appearance of mud daubers. 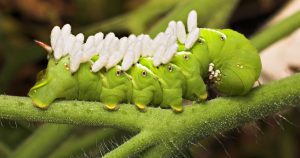 Some wasps are known as solitary wasps and they are parasitic…laying their eggs on larvae, especially the dreaded hornworms that love my tomatoes.  The eggs hatch and the baby wasps eat their host hornworm to grow big and strong!

Social wasps group together…either in nests underground…or above ground in hives attached to trees or other solid structures. 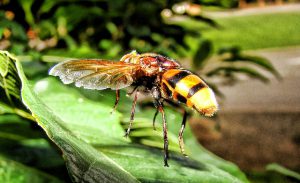 Yellow jackets are masters at digging out huge caverns to accommodate thousands of their kind underground…more often than not, right smack dab in the middle of the grass that I mow.  Nest populations can reach 5,000 or more by the end of the summer. 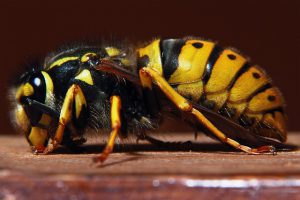 Hornets, on the other hand, love to build paper hives on the underside of porches and stairs, as well as on other wooden structures around the homestead.  By late summer, each hive can house up to 700 hornets. 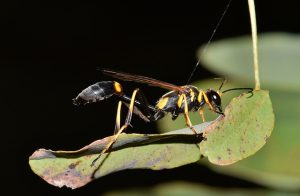 Mud daubers are so named because they build and live in mud tubes resembling pipes of an old church organ.

NOTE:  Yellow jackets and hornets are extremely aggressive and will defend their homes to the last bee!  Mud daubers will still sting but, they are not quite as hostile.

Murphy’s Law states, “Whatever can go wrong…will go wrong!”  O’Toole added an addendum to Murphy’s Law saying…“Murphy was an optimist and things always seem to go from bad to worse!”

Yep!  This year I had to deal with both yellow jackets in my yard and hornets under my porch and stairs! 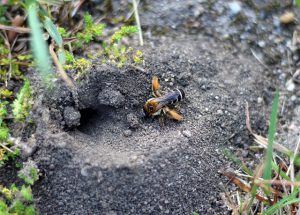 I only had one deep hole in my yard full of yellow jackets.  I discovered it several weeks ago after mowing across it…TWICE!  Why they didn’t come out after me is a mystery…but, I shut off the mower as soon as I saw the bees swarming over the hole!  A good reason to stop mowing altogether isn’t it?  But, that was not the solution.  Sad to say, I had to get rid of them.

About the same time, believe it or not, I discovered a hive of hornets under my back porch… 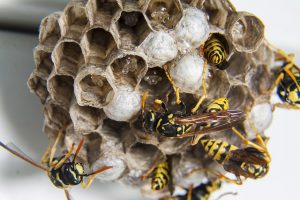 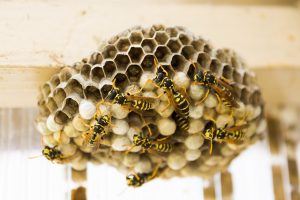 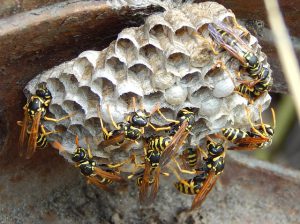 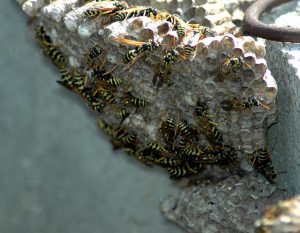 then one under my outside stairs. 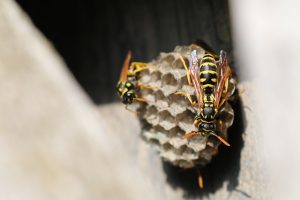 I counted a total of 5 active hornet hives and several inactive ones!

As much as I enjoyed having bees around to pollinate my garden crops and eat the unwanted insects…and, truthfully, these wasps are excellent predators helping me out by eating the bad bugs in my garden…still…they were now threatening my peaceful existence by being in areas that could make them a danger to me and anyone else that came near enough to rile them up.

Enter my neighbor, Jed.  You might remember that Jed has been mentioned at the end of several other posts I have published.  He is a great story-teller!  Take the time to read some of the things Farmer Jed has to say.

Plus, being an old-time farmer, Jed passes on to me a great deal of his knowledge about farming and life in general.

I explained my bee problem to him.  And, without hesitation, Jed gave me:

The “Recipe for Success” 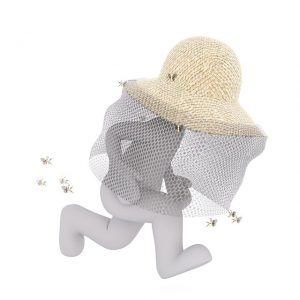 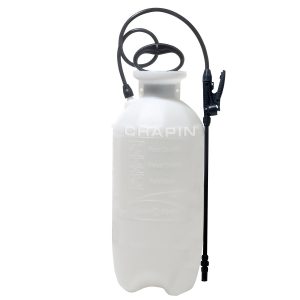 Why is The Soapy Water Method So Effective?

Wasps breathe through their bodies…their exoskeletons.  They have layers of wax protecting their exterior parts.  The soap dissolves the wax and allows the water to penetrate them…and, they will essentially drown.

However, when spraying a wasp nest, it may take several squirts of soapy water spray…and anywhere from several seconds to several minutes…before they cease to exist.  This is where the homemade “bee suit” comes in handy…in case there are any wasps trying to attack you with their dying breath. 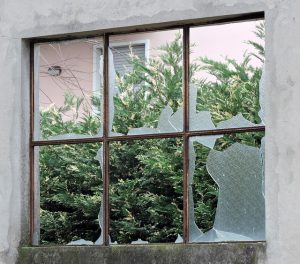 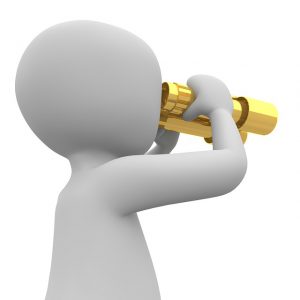 Now that you know how to safely remove a bees nest from an area that is off limits to them, you can move forward with confidence that you can protect yourself and your family from possible be attacks around the home.

Got a bee eradication episode to share?  Have a Murphy’s Law more applicable to you?  Let us know by commenting or email: jim@perfect-vegetable-garden.com.

4 thoughts on “How to Remove A Bees Nest – Safely”