Why In Sam Hill Would I Want To Be Growing Kalettes?

Robin:  “Holy guacamole, Batman!  Why would I want to think about growing kalettes?  I don’t even know what they are!  I can see that they are leafy looking things growing on a Brussels-sprout-looking plant.  But, can they be eaten?”

Batman:  “Why, Robin, that’s actually a flower sprout.  But, some people call them kalettes or lollipops.”

Robin:  And, pray tell, what in Heaven’s name is a flower sprout, Batman?

Batman:  It’s a new vegetable invented by Tozer Seeds in the United Kingdom that hit the European markets in 2010.  By then, flower sprouts were being called Kalettes.  And, when they finally made it to North America, they were referred to as lollipops.

Whether you want to call them flower sprouts, kalettes, or, simply lollipops, these frilly leafy growths are a cross between kale and Brussels sprouts.

I suppose the names given to them are better than what I would have chosen which would have been something like kale sprouts – or Brussels-ettes – or maybe even Brussels kale.  I do think that “lollipops” goes a little too far, though, don’t you?

But, I’m rambling – let’s get back to the heart of the matter.

It took a decade to develop flower sprouts.  And, it took a decade and a half – using innovative marketing techniques – to gain world acceptance as individuals learned to enjoy these tasty little leafy buds.

It’s like synergy.  Take one veggie – combine it with another veggie – and create a new veggie that is greater than the sum of its parts. 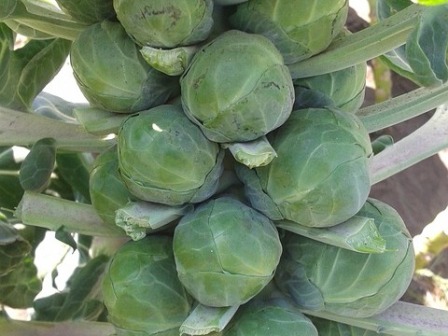 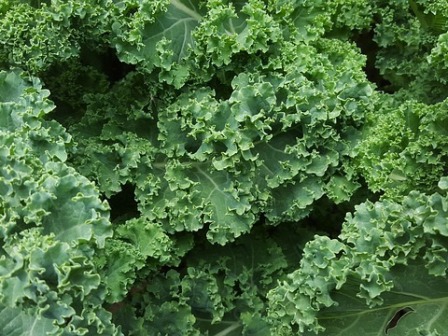 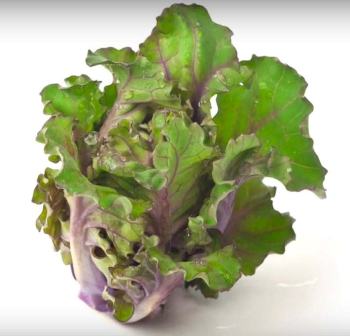 Kalettes contain double the vitamins C, E, and B6 of Brussels sprouts and kale – which makes them a perfectly healthy food – just what the body needs.

Since these little blooms are just like baby frilly purple streaked kale leaves surrounding a tiny diminutive Brussels sprout-like cabbage, they can be easily used in any way that kale leaves are used.

Their sweet, nutty flavor encompasses the best tastes of both kale and Brussels sprouts.

Rinse these little buggers off – then they can be boiled, blanched, steamed, stir fried, sautéed – or, cooked just about any way imaginable.

To start off with, there are currently 3 seed varieties available for the home gardener; one for early season harvest, one for mid season harvest, and one for late season harvest.  All of these varieties will produce florets about 2 inches in diameter on a Brussels sprout type of stalk.  Each packet is sold with 10 seeds each.

Here are the kalettes that I consider to be my starlettes!

In all cases, leaves can actually be picked anytime.  It is best to start with the lower leaves and work up the stalk – just like picking Brussels sprouts.

Since kalettes grow on a Brussels sprout stalk, planting and maintenance is very similar.

To improve yield, I highly recommend using my 3 step process of germination, transplanting, and hardening off – starting at least 2 months prior to planting.

In hardiness zones 6 and below, begin transplanting kalettes into the ground just after the last heavy frost for an early fall harvest.

In zones 7 and above, where winters and their accompanying frosts are mild, the tastiest kalettes can be had by transplanting in September – and beginning to harvest shortly after a frost when the leaves are the most appetizing.

Planting is much the same as it is with Brussels sprouts – with just a few variations.

Let Me Get My Hands On Those Kalettes 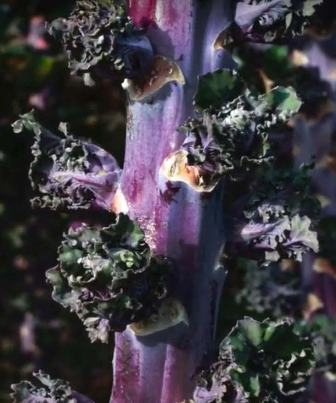 When the crop is ready for picking, grab the florets and remove with a twist – the same as you would with Brussels sprouts.  Rinse with water and prepare them raw for salads or cook them the same way that you would cook kale.

Kalettes will last for up to a week in the refrigerator.  Longer storage, several months or more, can be accomplished by freezing them. 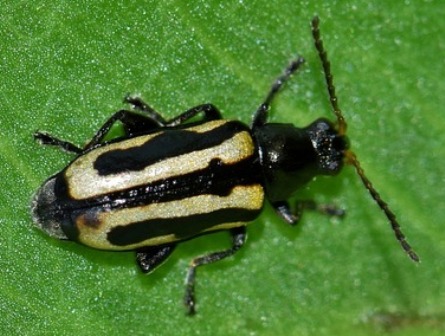 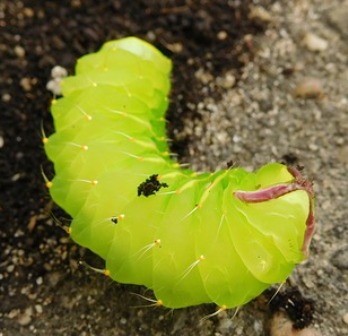 Flea beetles and cabbage worms dearly love this new and unique vegetable.  Try some companion planting or using plants that the beetles and worms hate like catnip, peppermint, rue, borage, and garlic.

If that’s not working, you will have to resort to destroying the flea beetles with either Azera Gardening’s Insecticidal Concentrate or Pyrethrin Concentrate.

The most common diseases are the same as those for kale and Brussels sprouts – typically downy and powdery mildew or leaf spot.

Crop rotation is highly recommended to prevent transfer of diseases from year to year.  If the diseases are caught early enough, try a good dose of Daconil or Physan 20 to fend off the fungi.  Otherwise, if the plants are too far gone, completely remove the plants, bag them and throw them in with the rest of the trash for pickup.  Don’t dump them anywhere near a compost pile or garden area – because, they will come back to haunt you.

Call Them What You Will

Whatever you call them – kalettes – flower sprouts – lollipops – these little florets are a very delectable and delicate new veggie that is worth a try.  You won’t know if you like them until you try them.

So, give ‘em a go and comment below – tell me if you liked them or, if you will try them!