“And, you want me to eat what?”  Cauliflower, of course!  Growing cauliflower is becoming more and more common as prices and pesticide use continue to escalate. 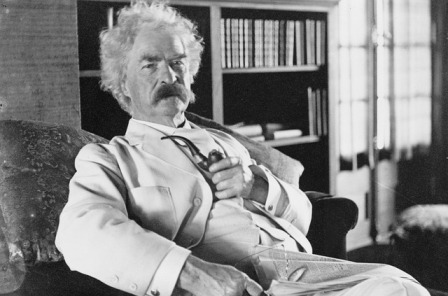 “Cauliflower is cabbage with a college education.”

I’m not sure what that means.  Maybe Mr. Twain saw cauliflower as a “white collar” staple – since most of it is white – in the grocery store.  Possibly cabbage was the poor step child in the “not so tasty” Brassica vegetable category.

“I don’t know if you’ve ever fallen asleep while eating a plate of cauliflower and woke up thinking you were in the clouds.”

I guess cauliflower does look a bit like a big ball of clouds doesn’t it?

But, most importantly, the 63rd Secretary of State during the Nixon Administration, honorable William E. Simon said it best:

“The advantage of cauliflower is that, if all else fails, you can always cover it with melted cheese and eat it.”

That would be my take as well.  If I can’t find some strong French onion and garlic dip for my cauliflower, I’ll drown it in Velveeta cheese!  As far as its taste factor, I put it right up there (or down there) with broccoli and cabbage. 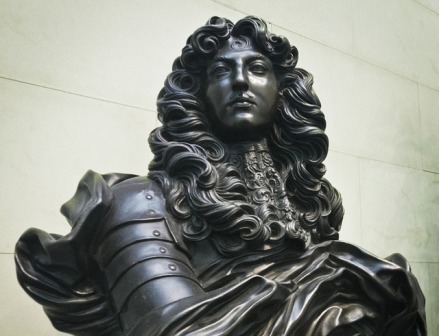 Cauliflower has been cultivated for several thousand years – since the Ancient Roman days of Pliny the Elder.

Italians knew it as “caoli fiori” – or “cabbage flower” – a takeoff from the original Latin, “caulis flōs.”

These white balls of curds (florets) didn’t grace the royal tables of France until the reign of Louis XIV – in the mid-17th century.

Lots of Nutrients In That Cauliflower

Ultra low in fat, carbs, protein, and calories – 25 calories per 100 grams – cauliflower is blessed with an ultra high concentration of vitamin C as well as modest levels of vitamin K and a range of B vitamins.

Connoisseurs lightly boil the curds for just a minute or two – just as they do their broccoli – and eat it lightly salted or with a range of flavored dips.

Others prefer frying, grilling, roasting, or oven baking a sparsely breaded bunch of curds.  Have you ever had pickled cauliflower?

Still others incorporate it into other dishes – mostly containing some type of meat plus potatoes – sprinkled with breadcrumbs and grated cheese and browned (au gratin).

There are even recipes to make mashed cauliflower – a healthy alternative to mashed potatoes.

Then, there’s me.  I kill the cauliflower curds in at least 5 minutes of boiling water – just short of making them mushy – then smother them with good ole Velveeta cheese.

Getting To Know Cauliflower 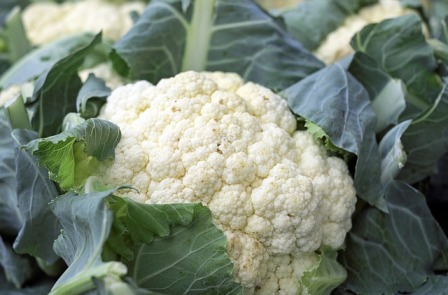 White cauliflower – is the common variety mostly found in the supermarket.  It has a white head nestled in green leaves. 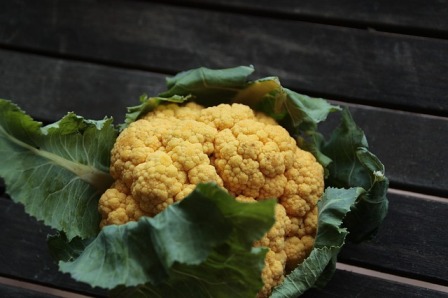 Orange cauliflower – contains the same orange pigment as carrots – beta-carotene.  It is a “cauliflower mutant” that originated in Canada. 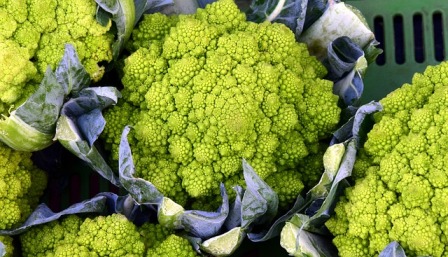 Green cauliflower – also called “broccoflower” – can be found with a normal cauliflower head as well as a spiral-looking head called “Romanesco broccoli.”  Both have been available in the U.S. and Europe for over 25 years. 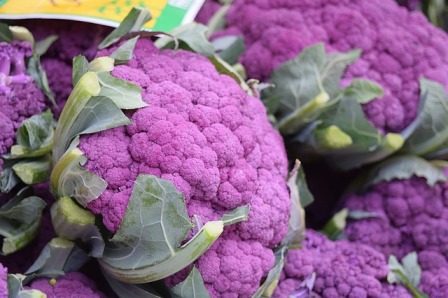 Purple cauliflower – get their distinctive color from water soluble pigments called “anthocyanins” and, depending on the pH level of the pigment, the cauliflower colors can be shades of red, purple, or blue.

Time To Put Them In The Ground

I never plant cauliflower seeds directly into the ground because it takes too long for them to ramp up the growth to the flower and fruiting stage before the summer gets hot.  So, I germinate the seeds indoors – starting about 2 months before I plan to stick them into the garden.  That gives me time to transplant them several times into larger and larger pots – and, to harden them off – prior to sticking them in their backyard garden home.

It is important for cauliflower seedlings to have at least 3 pairs of healthy leaves before they are put into the garden soil.

Do not plant cauliflower in any area where members of the “Brassica” clan – broccoli, cauliflower, brussel sprouts, cabbage, turnips, etc. – have been planted within the past 2 years.  Otherwise, the pests and diseases will be waiting to pounce on them – and, you can say sayonara to your healthy plants!

It doesn’t hurt to use row covers to help keep the pesky, leaf munching critters off the cauliflower leaves once the plants start looking appetizing to the bugs.

A trick to keeping white cauliflower heads from changing color is to bend the large leaves over the heads and tie them in place.  I use my wife’s discarded pantyhose to make string ties that won’t damage the plants – they make excellent ties for just about everything in my garden. 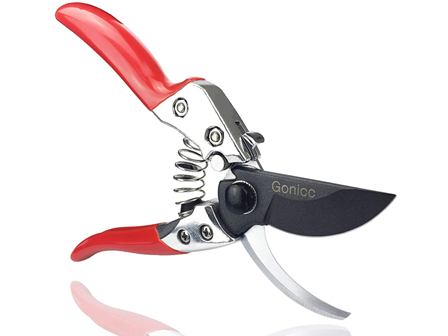 You’ll know when the cauliflower heads are getting big enough to remove because, they’ll be about a half foot wide, weigh a couple of pounds or more, and they will show off a vibrant color.  Using a good pair of sharp scissors, like my favorite Gonicc shears, cut the stem about 2 inches below the head.

Use or preserve the cauliflower within a few days to ensure it retains its freshness.

If you plan on freezing the heads, break them up into curds and blanch them first – boiling water for a minute or two.  Then loosely place curds in freezer bags and remove as much air as possible before sealing the bag and placing in the freezer.

If I’m planning on storing cauliflower in the freezer longer than a month, I will take my “already frozen” cauliflower curds and vacuum pack them.  Doing so will add a year or two to their storage life.

No matter how much experience someone has growing cauliflower, they will see one or more of these problems every growing season.

Premature heads – also known as “buttoning” – this is because of stress brought on by extreme temperatures (high or low), drought, or transplants that were not good quality in the beginning.

Fuzzy heads – which could also look a little “rice-y” – the plants are getting way too hot!

Little green leaves growing between the curds – Hot summer temperatures or lack of rain is getting to them.

Curds are not tightly formed – excessive nitrogen causing excessive leaf growth.  More potassium is needed during the flowering and fruiting phases – so, try giving them a dose of 0-0-60 fertilizer.

Hollow stems – getting brown on the inside – and, there will most likely be some brown areas on various curds in the head.  Add a teaspoon of boric acid to a gallon of water and thoroughly spray the plants – top and bottom and around the base.  TIP:  Though you will probably find boric acid in the laundry section of your supermarket, I find that Borax will work just as well – and it is less expensive.

White heads turning red or purple – Too much sun exposure in the hottest months in the summer can facilitate a slight color change – like getting sunburn! 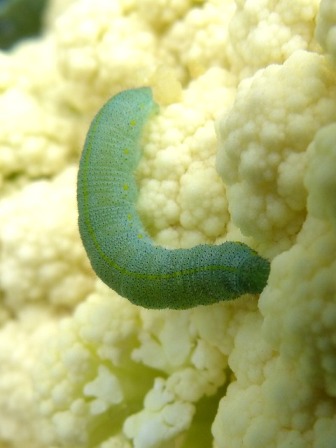 Cauliflower has the same enemies as other members of its Brassica clan: aphids, cutworms, cabbage worms, etc.  A good spraying with a quality insecticide will do the trick – just don’t let the bugs get out of hand.

There are a host of fungus diseases that can decimate cauliflower such as black rot, club root, downy mildew, black leaf spot, and a few others – but, nothing that a good fungicide can’t handle.

While I was out inspecting my cauliflower plants the other day, my neighbor, Jed, the retired farmer, dropped by to inspect my garden.  He was telling me that on his farm, he used to talk to his plants.

Jed said that he and the plants had a meeting just about every week during the growing season. 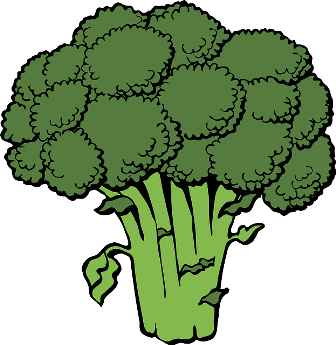 Mrs. Mushroom replied, “Well – I look like an umbrella.” 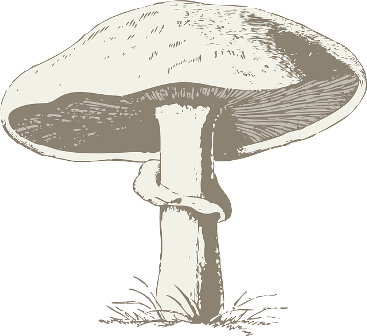 Then, old man Walnut spoke up saying, “And, I look exactly like a brain.” 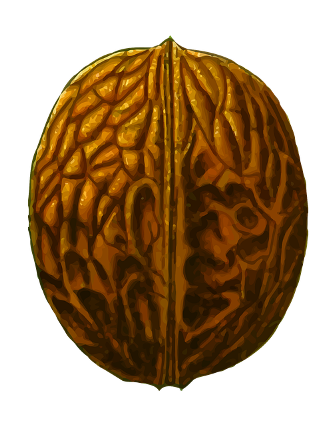 Quickly, Mr. Banana blurted out, “Can we just please change the subject?” 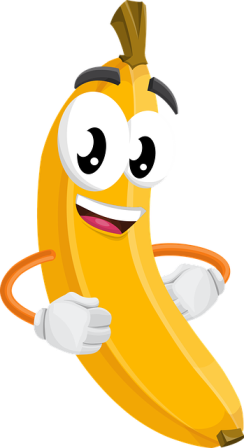 Comments or emails are welcome and appreciated.  Responses guaranteed!