Organic heirloom seeds are one of three basic types of seeds that you can plant in your garden. They are open-pollinated seeds, relying on natural pollination from insect pollinators or wind. The seeds you save from your heirloom plants this year will produce the exact same plant, or a very close match, next year.

The word, “Heirloom”, generally refers to antiques or jewelry handed down by our ancestors…much like your grandma’s brooch. 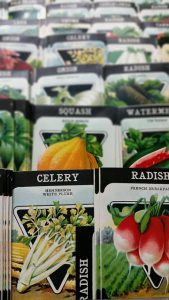 Heirloom seeds have historically been inherited from family members of generations past. They were cherished by gardening enthusiasts…collected and traded year after year from their family gardens.

You will never, ever, in this world…or the next world…find a more savory…and, a more appetizing fruit or vegetable than you can get using heirloom seeds in your backyard garden!

But, 60+ years ago, these wonderful seeds fell out of favor and, it was nearly impossible to find them unless you knew an obscure small-town farmer who relied on them for his yearly crops.

Why Did Heirloom Seeds Drop Off The Face of the Earth? 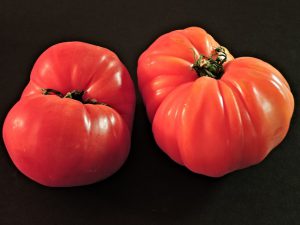 The crop yields were low for heirlooms and they didn’t all look the same. They weren’t very disease-tolerant so, growing them was somewhat labor intensive, especially for home gardeners who weren’t as skilled as their gardening ancestors.

Thus, in the 1950s, hybrid seeds were developed and became the seeds-of-choice. The hybrids addressed all the negative aspects of the heirlooms. They just weren’t as flavorful as heirlooms. Flavor was not a priority. 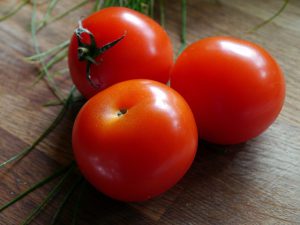 Hybrid crop yields are much greater than that of their heirloom predecessors and they consistently look more alike and are close to the same size, so, packing them is easier for commercial growers when shipping to market. The heirloom seeds produce fruits and veggies looking more individualistic…in appearance, shape and size. And, home gardeners want to grow plants that look like what they buy at the grocery store. 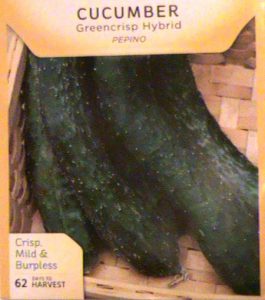 There are a lot of plant diseases that can destroy the fruits and veggies in a commercial farm or backyard garden. The agricultural old-timers understood the benefits of companion planting, such as The Three Sisters technique, to combat diseases.

Hybrid seeds were developed to lower the disease prevention costs for commercial growers and to simplify gardening for the home gardener.

Hybrids were tougher, didn’t damage as easily, and didn’t spoil as quickly as heirlooms…so, growers could ship them to markets throughout the country. This also made “determinate” tomato hybrids very popular since they produce all their fruit at once…thus, they could be mass-picked by farm equipment. For this reason, determinate tomatoes significantly cut the cost of canned tomatoes.

“Indeterminate” tomatoes that ripened a few here and there…over time…throughout the growing season, had to be hand-picked, making them more costly to grow.

The Drawbacks to Hybrid Seeds

The first, second, and third disadvantages that hybrid fruits and veggies have with respect to their heirloom counterparts are:

Now, I have that off my chest.

The fourth shortcoming is that the hybrid seeds cannot and should not be saved and reused year after year. Speaking from experience, I can tell you honestly that last year’s seeds will not produce the same thing consistently in future years. Hybrid inbred crops lose much of their disease resistance, produce less, and have a blander taste than the previous crop…becoming nearly tasteless.

You’re Sold on Heirloom Seeds, But Where Can You Get Them? 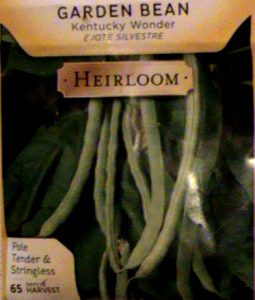 There are a few heirloom seed packets cropping up sporadically in some of the garden stores. But, most of them are confined to one or two types of tomatoes, green (pole) beans, or cucumbers, for the most part.

And, there are some seed banks available online. With a membership, you can trade heirloom seeds with other heirloom seed collectors.

For a more inclusive package of heirlooms, take a look at my heirloom seeds review. Here, you will see an incredible group of choices that will get you started on the most flavorful garden ever…and make you the envy of many home gardeners!

Got My Heirloom Seeds.  Now, How to Preserve Them for Next Year?

Some of the simplest seeds to preserve are peas, beans, tomatoes, and peppers. They are self-pollinating so their seeds will more closely resemble the parents.

Don’t waste your time with root crops since most of them won’t even set seed during the first growing season.

And, wind-pollinated crops, like corn, cannot be guaranteed pure, since the ears can be cross-pollinated by a neighboring garden.

Plants such as cucumbers and squash have both male and female flowers and can be cross-pollinated by insects. So, unless you are growing only one type of cucumbers or squash, you may create a hybrid when saving these seeds.

NOTE: Let the fruit become completely ripe on the plant. Pick the “best-of-the-best”…the healthiest plant with the tastiest fruit. It’s survival of the fittest! Also, label the seeds when you spread them out to dry to keep from mixing them up.

Keep the fruit on the plant until it is so ripe that it starts to wrinkle. Then, remove the peppers, take out the seeds, and spread the seeds out on a newspaper to fully dry for a week or so. Another easy one!

After the tomato is 100 percent ripe, pick it off the vine, and remove the seeds, along with any thick tomato fluid sticking to them. Place the gooey seeds in a glass jar with some water for a week or so, giving the jar a good shake a couple of times a day. The mixture will ferment, possibly bubble or even show mold on the surface. The good seeds will sink to the bottom of the jar and everything else will float. Spread out the good seeds on a glass plate to dry for 5 to 7 days. Not so hard, huh? And, this was the toughest of the lot! 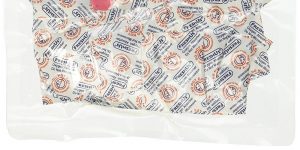 NOTE: The oxygen absorber removes humidity and moisture and should NEVER touch the seeds. That’s why we use plastic bags. Place a new oxygen absorber in the Mason jar every 6 months. 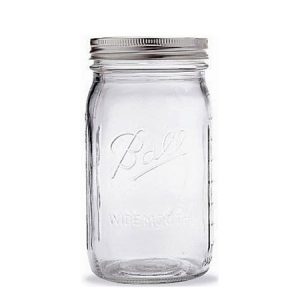 NOTE: Always use an airtight glass container. I have found that it is best to use Mason jars with oxygen absorbers to store seeds for next year. And, keep them in a cool, dry place.  The best bet is a refrigerator or freezer.

Waking Up Your Heirloom Seeds for the Next Growing Season

When it is time to germinate seeds in the spring, remove the Mason jar containing stored seeds from the refrigerator or freezer and let the jar come to room temperature BEFORE opening the jar and removing the Ziploc bags of seeds.  This usually takes 4 to 5 hours.

NOTE:  If the seeds get moist due to condensation caused by the cool seeds being exposed to a room temperature environment, the seeds will clump together.

And, There You Have It!

We have covered the basics. Save and store heirloom seeds each growing season and you will never have to buy seeds again!

So, get some heirloom seeds, start your seed preservation this year. Take that next step into the wonderful world of backyard gardening. 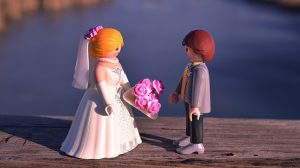 Jack and Jill were tabulating expenses for their wedding. Jack noticed that Jill was buying a wedding dress that cost almost $10,000!

Jack: “Are you kidding me? How can you pay that much for a dress that will only be worn one time?”

Jill: “It will NOT be worn just once! I plan on having a daughter and she will wear the dress on HER wedding day. Thus, the dress will become a family heirloom!” 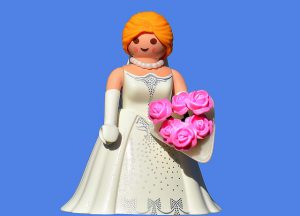 Jack (Teasingly): “I bet your mother never bought such an excessively expensive dress for HER wedding!”

Jill: “You’re not so smart!  My mother had a very beautiful and luxuriously high-priced wedding dress!”

Jack: “Oh yeah? Then why don’t you wear your mother’s wedding dress at our wedding?”

Jill: “You’re joking! Who would want to get married in that OLD THING?”

Maybe that’s the way some home gardeners feel about Heirloom Seeds!  Ya Think?

Are you inspired to make the transition to heirloom seeds?  Do you have any of your own that you would like to trade…because, if a lot of folks are interested, I will put together a seed trading group!  Give me your thoughts in the comments section or by email: jim@perfect-vegetable-garden.com.