Here are the answers for the December 2019 Quiz.  All the answers can be discovered in the pages of The Perfect Vegetable Garden!  If you look at recent posts – within the last 6 months or so – you’ll see most of them.

The question was:  In the following list, which four-legged critters are happy to partake on munching the veggies growing in our backyard home gardens?  A) Rabbits, B) Field mice (voles), C) Deer, D) All the above, or E) None of the above

D) All the above 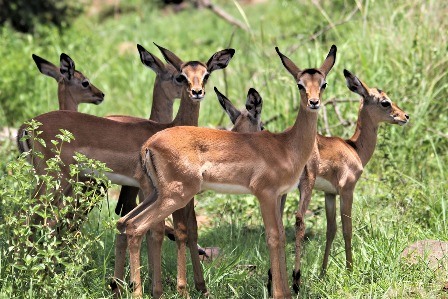 Every darn one of these pesky little hungry mammals will happily chomp down on garden vegetables – given the opportunity.  If enough of them attack a garden, they can decimate it – totally!

The rabbits are easy to deter – just put a fence around the garden area.

The field mice can be discouraged by setting out some mouse traps to let them know that they might want to find a safer place to feast.

But, the deer can be a real problem – short of doing some “deer hunting” in the garden – which is slightly illegal in most places.  They’ll jump most sturdy fences – and those darned deer will eat just about any plant or produce.  They sure did a job on my garden this past growing season!

The question was:  What the heck is shown in this picture?  A) A pile of spoiled grapes, B) Rusty BBs for my Daisy Red Ryder BB gun, C) Deer scat, D) Mouse droppings, or E) None of the above

I would be hard pressed to find any variety of grapes that could ever look as bad as what was in that picture! 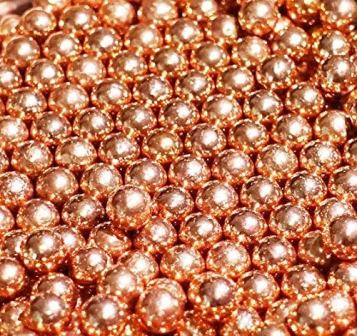 And, that goes for BBs, too!  By the way, BBs are a whole lot smaller – at least .177 caliber – like those in this picture of BBs that you can buy on Amazon.

Mouse droppings always look like little brownish-black bits of rice.  To put out something THAT size and shape would put a world of hurt on the south end of any northbound mouse – that’s for sure!

This is – for sure – deer scat.  “Scat” is another name for the deer’s “number 2” – feces, poop, crap, etc.  Deer scat usually has a little bit of greenish tint due to the large amount of green leaves and other plants that deer ingest on a daily basis.

The question was:  The best way to keep deer out of your garden is to put a fence around it.  If the fence is four foot high, that should keep these freeloaders from destroying your crops!  A) True or B) False

To keep deer away, either put up a couple of scarecrows – or, follow my lead and use a motion activated water sprayer (or two) for maximum effect!

In my view, the best available motion activated water sprayer deterrent is the Orbit 62100 Yard Enforcer!

The question was:  Black Krim and Black Sea Man are varieties of tomatoes that had their start in which country?  A) The United States of America (U.S.A.), B) Ukraine, C) France, D) Russia, E) Mexico, or F) None of the above 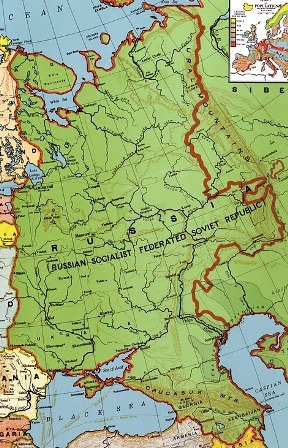 Both of these unique tomato strands were first cultivated in Russia.  Black Krim was developed on the Isle of Krim – in the Black Sea – while Black Sea Man has its beginnings deep in the heart of the Russian mainland.

Another strange – but delicious – tomato – called Black From Tula – began in the Ukraine – even though Tula is an industrial town in Russia.  Go figure!

And, Black Cherry tomatoes were invented in the U.S.A. – Florida to be exact – by the late Vince Sapp – who had an unexpected heart attack in the summer of 2006.

The question was:  I know that tomatoes come in many colors – including red, orange, black, purple, and even green – but, is there such a thing as a white tomato?  A) Yes or B) No 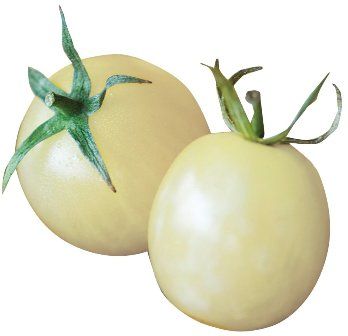 Burpee has a stunning white tomato called Italian Ice.  Though it is mostly a white, round, cherry-sized tomato about 1 inch across, some of them may exhibit a creamy, light yellow tinge.

But, I have to say these little orbs pack a lot of melt-in-your-mouth flavor!

The question was:  The “Yellow Zebra” is:  A) A UK-based company offering safaris in Africa, B) A Hungarian bar in Budapest, C) A tomato, D) A fish, E) All the above, or F) None of the above

E) All the above 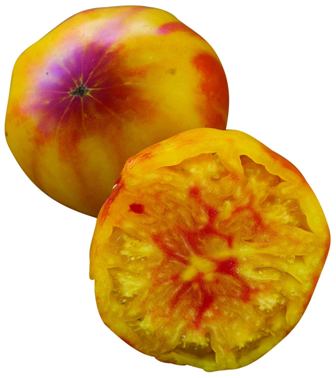 Yellow Zebra Safaris is a tour operator shuttling tourists throughout dozens of different areas on the African continent.

A bar in Budapest not only serves great drinks – but also rents bicycles – and, is known as the Yellow Zebra Bar and Bike Rental.  Logical name, don’t you think?

The Golden Zebra Danio is an offshoot from the typical Zebra fish – having the dark blue stripes bred out of them and replacing them with stripes of golden yellow lying side by side with white stripes.

The Yellow Zebra tomato – also called the Hillbilly tomato – most likely because it was originally conceived in the U.S.A. – in West Virginia – is a very tasty – but rare – treat!

The question was:  What do Tama, Harney, Lester, Menfro, Williams, Holdrege, and Houdek have in common?  A) They are names of some of the Village People – famous for singing the song, Y.M.C.A., B) These are seven state soils of America’s Midwest, C) Obviously, they’re card games – mostly used for gambling – similar to Texas Poker, D) Both A) and C), E) All the above, or F) None of the above.

B) These are seven state soils of America’s Midwest 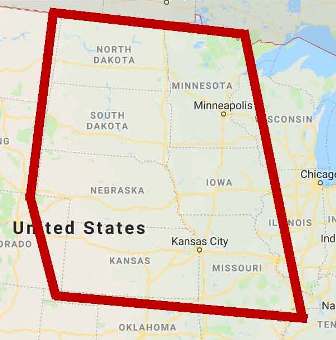 None of these names have anything to do with the Village People – not currently in the group of six who still tour the U.S.A. – and not in the past – of which there were 18 others who have graced their ranks.  Besides Y.M.C.A., they also had some other catchy – and popular – tunes: Macho Man, and In The Navy – to mention a few.

I never – ever – heard of a card game by any of these names.  So, I guess I’ll stick with Texas Poker (hold ‘em), or Blackjack!

These names all relate to state soils in the west north central Midwest of the United States – corresponding, respectively, to Iowa, Kansas, Minnesota, Missouri, North Dakota, Nebraska, and South Dakota.

The question was:  In which state in the United States is Mount Rushmore?  A) Iowa, B) Kansas, C) Minnesota, D) Missouri, E) North Dakota, F) Nebraska, G) South Dakota, H) None of the above 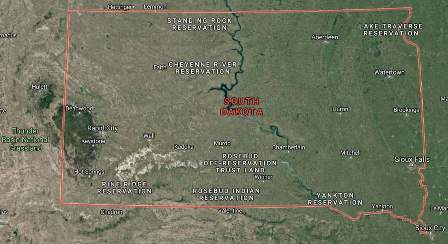 Specifically, Mount Rushmore resides – in all its grandeur and magnificence – in Keystone, SD – which is a little over 20 miles southwest of Rapid City, SD.  If you haven’t been there, you should go.  After viewing the huge images of 4 of America’s greatest men: George Washington, Thomas Jefferson, Theodore Roosevelt, and Abraham Lincoln – you will be left in awe!

The question was:  This is a picture of caviar – otherwise known as roe – or, fish eggs.  A) True or B) False

It’s hard to tell the difference – but, those were pictures of the Australian finger lime – also called the “caviar lime.”  They have a very tangy lime taste and are used mostly for garnishes – or, making lime marmalade.

Here are some actual pictures of real caviar – most of which was harvested from the Black Sea area where most of the best caviar is found: 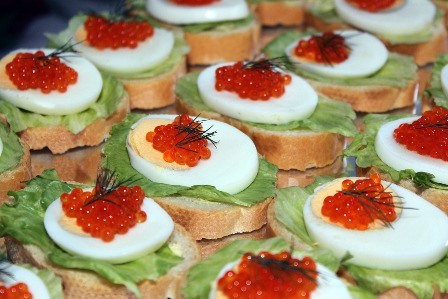 This answer is found in Rare Exotic Plants For The Backyard Garden – Part 7 – A Bevy Of Bizarre Veggies.

The question was:  The word, “Chioggia” refers to:  A) A seaside town in Italy, B) A root vegetable known as a beet, C) Both, or D) Neither 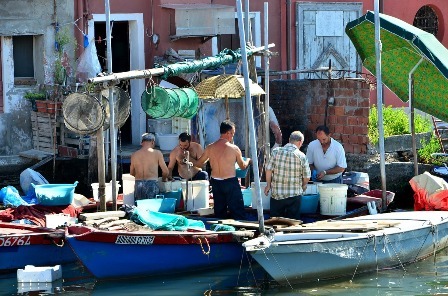 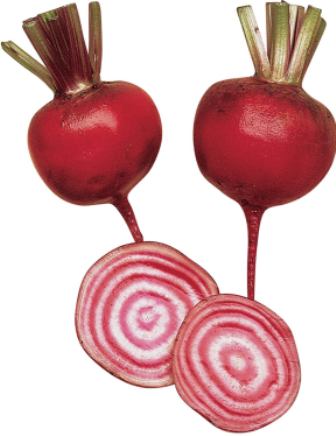 Chioggia, Italy, is a seaside resort town about 15 miles from Venice – as the crow flies or by boat – and a little over 30 miles by road.

The Chioggia beet – looking like a bullseye target with its rings of red and white – is a tasty offshoot of the traditional deep red beet found on most dinner tables.  Burpee has some great seeds if you want to try and grow these delectable root veggies.

This answer is found in Rare Exotic Plants For The Backyard Garden – Part 7 – A Bevy Of Bizarre Veggies.

Jim, the Lifelong Gardener – together with his two brothers, Jack and Jake – dug a big trench to plant apple trees.  The trench was 3 feet deep by 40 feet long by 2.5 feet wide.

How much dirt was in the trench?  Hint:  The answer should be in cubic feet! 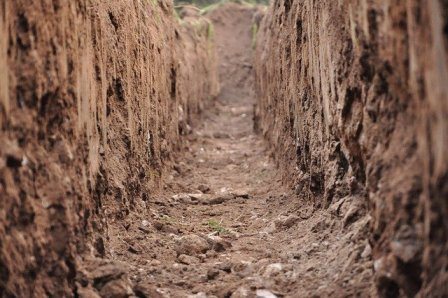 It’s a TRENCH!  A trench means it’s empty as in devoid of anything – including dirt – as in a “hollow place in a solid body or surface!”

There are a gargantuan number of neat facts – in The Perfect Vegetable Garden.

Comment or email me – and tell me if you December’s installment of answers to the December 2019 Questions.