Find all the solutions here for the February 2019 Quiz.  Capture more detailed information by clicking the links for each answer and go directly to the articles – or, just travel around The Perfect Vegetable Garden for an exciting adventure! 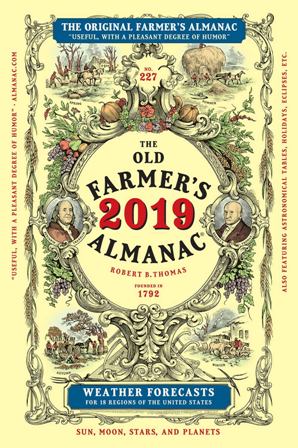 The Old Farmer’s Almanac is chock full of information not only for gardeners – but, also for anyone who truly loves being outdoors.  It contains planting charts, planting schedules, weather forecasts, times for sunrise and sunset, phases of the moon, and, for dwellers on the east, west, and gulf coasts, there are tide tables showing high and low tides.

In the 2019 edition, you will also find some folklore wisdom, common sense home remedies, and a smattering of humor!

This answer is found in Gardener Gift Ideas For Your Favorite Gardening Enthusiast.

The question was: My electrical power only goes out once or twice a year – but, it can last several days or more.  So, I want to buy a portable generator to keep my refrigerator going when I have power outages.  My fridge uses up about 700 watts of power when running – thus, I think that a 1,000 watt generator is more than enough for my needs.  A) True or B) False 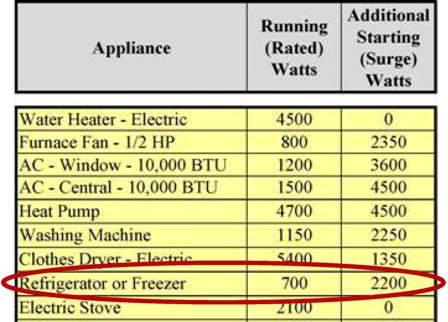 In addition to the 700 running (rated) watts the refrigerator is using, the portable generator must be able to supply the additional power to start up the fridge.  This is called starting (surge) watts – and, in this case, it is 2,200 watts – over 3 times the running (rated) watts that’s needed to keep it going.  With a 1,000 watt generator, the refrigerator would not be able to start – and, the out-of-range power demand could kill the generator.

For this application, I need a portable generator that would supply 700 running (rated) watts PLUS 2,200 starting (surge) watts – which equals 2,900 total watts.  Hence, the minimum size generator I should purchase is one rated for a total of 3,000 watts.

This answer is found in Generator Reviews.

C) The generator killed his computer and TV. 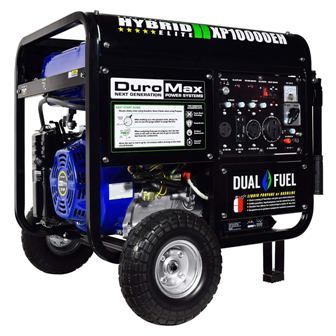 The chances that a brand new generator, especially, a DuroMax, would be faulty are slim to none.  The care and quality that goes into these machines is beyond reproach.  I suppose there could always be a “lemon” in the bunch.  But, I highly doubt it.

I don’t believe in such a far fetching coincidence that, even though the computer and TV were getting old, they just happened to break at exactly the same time – while powered by the portable generator.  This exceeds the scope of my imagination.

Though the XP10000EH is a great generator, it doesn’t put out the “pure sine wave” necessary to safely power sensitive electronics like my neighbor’s computer and TV.  It is likely that there were some extra sharp electrical spikes during a recent storm that shot straight into these appliances and sent them to their death.  To safely power sensitive electronics with this generator, a few added components – like a line conditioner and / or a surge protector – are necessary.

This answer is found in The DuroMax XP10000EH Dual Fuel Generator Review.

The question was: The Generac 7043 22kW Generator is one of the best home standby generators on the market today.  But, one drawback is that an external propane tank must be installed to fuel it.  A) True or B) False 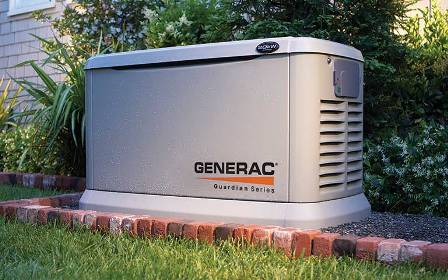 Besides being able to run on propane, the Generac 7043 can also be hooked up to the home’s natural gas – making it a very versatile answer to whole house power needs in the event of a power blackout.

In my opinion, the only real drawback is the cost of installation – which could run almost as much as the generator itself.  It is prudent to place the generator on a solid, concrete pad – and, have a certified electrician experienced with standby generator installations to set it up.

In all actuality, generators don’t get much better than this Generac model.

“A)” – George Washington, the first president of the U.S.A. and the “father of the country” was married to Martha Washington.  His mother was named Mary, though.

“B)” – To my recollection, there isn’t an apple tree variety named “Mary Washington.”  However, there is an excellent drink called, the “Washington Apple.”  The drink is composed of equal portions of Crown Royal whiskey, apple schnapps, and cranberry juice – and it has a deliciously sweet and sour fruity flavor. 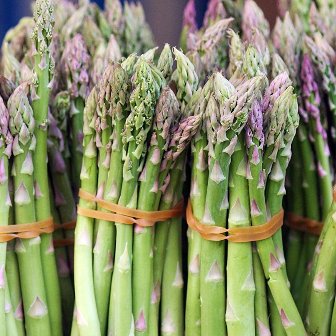 “C)” – One of the most grown varieties of asparagus is Mary Washington.  The plant produces juicy spears and, even after harvesting, it is still beautiful to behold.

“D)” – The University of Mary Washington is a public liberal arts and sciences university located on College Avenue, in Fredericksburg, VA.

Thus, both “C)” and “D)” are correct.  But, as long as you got the fact that this is a variety of asparagus, mark your answer correct – because, after all, this is a gardening website and we really don’t care about the names of colleges now, do we?

This answer is found in The Best Organic Vegetable Seeds – For All Your Veggie Growing Needs. 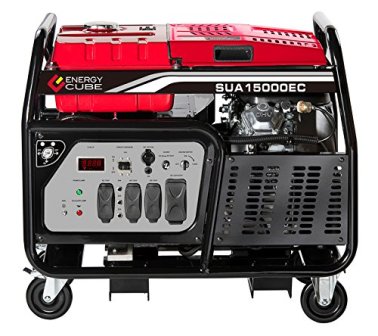 This is a tough question – unless you’ve at least read the review for this generator.  Since the A-iPower SUA15000EC is a “pure sine wave” generator, it produces less than 5% total harmonic distortion (THD) – which makes it a safe bet to supply power to sensitive electronics like computers, laptops, TVs, etc. – anything with printed circuit boards and semiconductors.

For this reason, this generator costs a little more than less expensive choices.

Cheaper generators have much higher THD – in the neighborhood of 10% to 15% – which means additional equipment must be used to protect sensitive electronics that are hooked up to them.

The question was: The Briggs and Stratton Model 40396 Generator is a good source of electrical power when the main power goes off.  I guess you could say it is:  A) An inexpensive portable generator, B) A dual fuel generator, C) A pure sine wave generator, D) A home standby generator, E) All but “A)”, or F) None of the above. 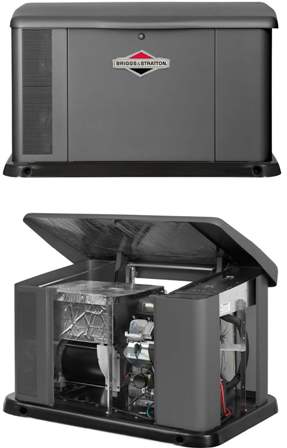 If ever there might be a better home standby generator than the Generac 7043, it would be the Briggs and Stratton 40396 Home Standby Generator.

Though this generator is a little pricey, you’ll have to admit that, along with it, you get all the bells and whistles of a high quality package that will give you total peace of mind during any power outage.

I guess you could also call it a “dual fuel” generator, too – since it can operate using either the home’s natural gas lines or an external liquid propane tank.  Although, it is not advertised as “dual fuel” – since that nomenclature usually points to using gasoline as one of the fuels.

And, even though, it’s not touted as a “pure sine wave” generator, it does produce less than 5% total harmonic distortion (THD) – meaning it will safely power all sensitive electronics – like computers and TVs.

The question was: The Snow Joe iON8024 XRP Snow Blower is one mean foe to any pile of snow that has the audacity to pile up on your driveway and sidewalks!  What fuel does it use?  A) Unleaded gasoline, B) K-1 grade undyed kerosene, C) It plugs in to the home’s electrical outlet, D) It is battery powered, E) It is a revolutionary solar powered machine, or F) None of the above.

D) It is battery powered. 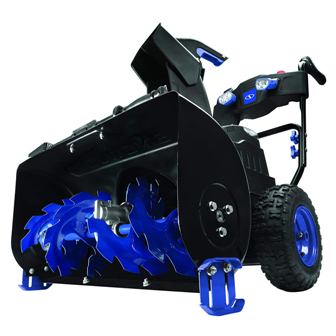 Though most of the really powerful snow blowers / throwers run on gas, the Snow Joe iON8024 XRP does not.  However, with its 2-stage design, it is a pretty good match up with other 2-stage gas-powered machines.

I’ve never heard of a snow blower powered by kerosene.  If anyone else has, please let me know – that would be something!

No long extensions cords are needed with this baby.

The lithium-ion batteries supply all the power needed for this monster machine!  Did the model number, “iON8024″, give it away?

I would highly doubt the ability and effectiveness of a solar powered snow blower.  There just ain’t such an animal!  At least yet – to my knowledge.  But, I’m sure, that one day – in the not too distant future – one will grace this earth!

The question was: Somewhere yesterday, I saw “Dragon Tongue Langerie” – and I started scratching my head – creating a nice, round bald spot.  What the heck is does it mean?  A) It’s the name of an up and coming offshoot gang of the Chinese mafia, or B) This is a dragon revered in many Asian cultures as being unstoppable, C) A technique for licking an especially delicious and sweet treat – “draggin’ tongue a long way” – or, is this pretty far fetched?, or D) A variety of rare and exotic beans.

D) A variety of rare and exotic beans. 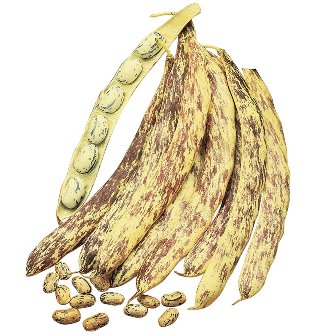 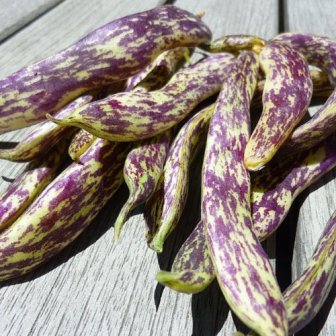 These uniquely rare and exotic beans – with their stunning yellow pods and purple veins – are heirloom French beans that are so tasty, your mouth will light you up with each bite.  They are stringless, half runner beans.  Both Burpee and Stonysoil have some great seeds for these excellent tasting, but double-ugly beans!

This answer is found in Rare Exotic Plants For The Backyard Garden – Part 1 – Beans.

The question was: What is a great way to increase seed germination and growth rates?  A) Soak them in water, B) Heat them in an oven at low heat, C) Freeze the seeds, D) There is no successful technique to do this.

A) Soak them in water. 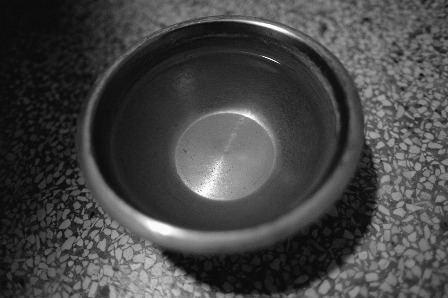 A day or so before beginning the germination process, soak the seeds in room temperature water.  This will dramatically increase the germination rate and seedlings will grow a lot more rapidly.

If a few seeds still aren’t peeking out of their shells, lightly sand or scratch off some of the seed coating in a few areas – then do a re-soak.

If you heat seeds in an oven, you may as well salt them and eat them because they will be dead to the world.

Freezing is a good way to store seeds for a long period of time.  But, it’s not a good way to get them to germinate easier or quicker.

This answer is found in Rare Exotic Plants For The Backyard Garden – Part 1 – Beans.

The question was: What number would the question mark be in this series:

Taking this one step further – say that my “counting number” is 100.  What would the next number be in the sequence?

Simple, isn’t it?  Hope your brain didn’t hurt as much as mine did when I obsessed over this problem!

That’s it for February, 2019.  But, it won’t be long until next month’s question and answer session.  So, stay tuned…

Email me or comment below and tell me what’s on your mind.  I can’t wait to hear from you!