For some, it’s a stretch of the imagination to think that there are varieties of corn, peas, and peppers that would classify as rare – or exotic – or unusual – or curiously bizarre.  But, I’ve found a few that might pique the interest of any gardener looking for something new and remarkable to grow in their veggie plot.

Take a look at these uniquely authentic plants that not only look fresh and innovative – but taste great as well! 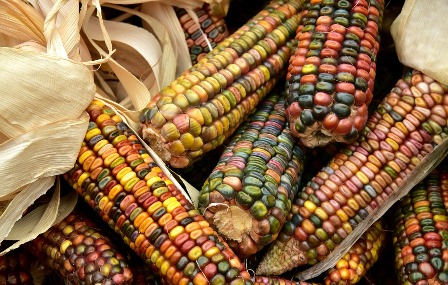 Don’t expect to eat this corn right off the cob – because, the kernels have a pretty darn hard outer layer.  Growing it is the same as growing that extra sweet corn that tastes so good on the cob.

Besides being colorful enough to be a beautiful ornamental plant, glass gem corn – also called “flint corn” or “Indian corn” – can be turned into popcorn or ground into cornmeal.

Then, the cornmeal can be used to make corn bread – or grits – or slathered as a coating for deep frying fish, chicken, or fried green tomatoes.

Cornmeal can also be used as an exfoliating mask and even as a deodorant – believe it or not!

But, first things first.  Before making the popcorn or cornmeal, the corn kernels need to be dehydrated. 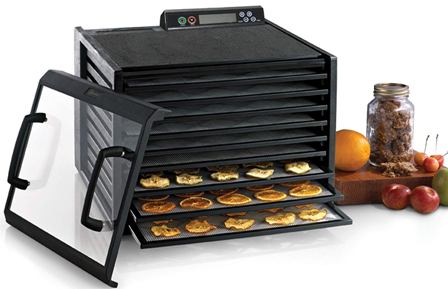 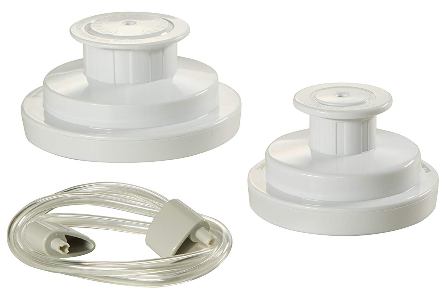 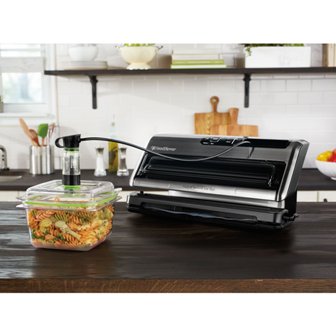 The kernels will last f-o-r-e-v-e-r!  Or, at least until you’re ready to make popcorn or cornmeal. 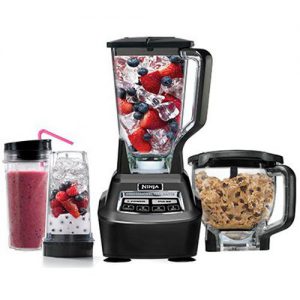 The most important part of this process is having a super strong and superbly powerful blender.  I choose my Ninja MEGA Kitchen System for this task.  Ninja makes short work out of pulverizing corn kernels into cornmeal – that’s for sure!

Dump the kernels in the blender and start off at the lowest speed possible.  I like to “pulse” my Ninja for awhile – until the kernels begin to disintegrate – then, I gradually increase the speed until I get a fine grind of cornmeal.

With my Ninja, it only takes a couple of minutes to get a fine cornmeal consistency – somewhat like sand.  It will take a bit longer with a puny, feeble, discount blender.

Pop the finished cornmeal into some Mason jars, add a 100cc oxygen absorber, and vacuum pack with the Foodsaver vacuum system – just as described in steps 7 through 10 of The Dehydration Process.  This will keep the cornmeal fresh for a year.  Refrigerating it will add a little more to the storage life.

If you opt to use Foodsaver bags instead of Mason jars, make sure you have enough of them on hand to finish the job!

My go-to sources for glass gem corn seeds are: 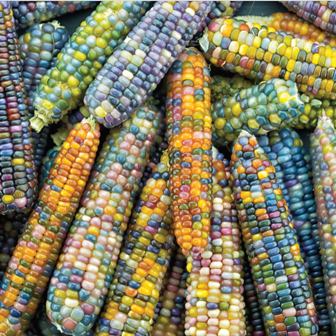 Burpee – They offer a range of translucent, multi-colored kernels – in its 200 seed packet.

Ivy Bee Seeds – Who are quick to let us know that their glass gem Indian corn heirloom seeds produce the “most beautiful corn in the world!” 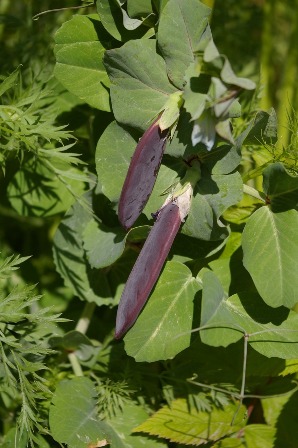 These unique looking veggies were first introduced to the Netherlands and Germany in medieval times by monks.

The taste is bland at best – nothing to write home about.  However, they are tender – even when eaten raw.  I lean towards stripping the peas out of the pods and boiling them in water – and then add them to other dishes.

Purple podded peas make great soup!  Holland is famous for a stew called Snert – which is made up of purple podded peas – along with pork, onions, potatoes, and carrots – a meal that will definitely stick to your ribs.

Many gardeners grow purple podded peas more for their looks than for their flavor.  These colorful peas make great ornamental plants – that are edible.  Seeing them gracing a trellis tunnel is a sight to behold!

Grow them just like any other peas – and, once they get a foothold, they’ll soon grow so abundantly that they can actually be used as a privacy fence. 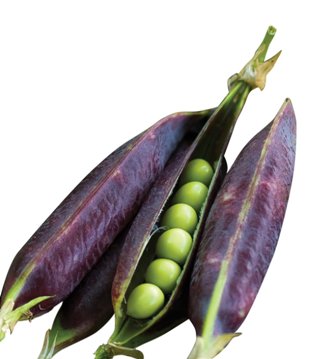 Burpee has the best heirloom purple podded pea seeds available.  It usually takes 2 months from planting to pod picking time.  The plants will get 4 feet high – giving you 3 inch pods – and can be grown in any hardiness zone 1 through 11. 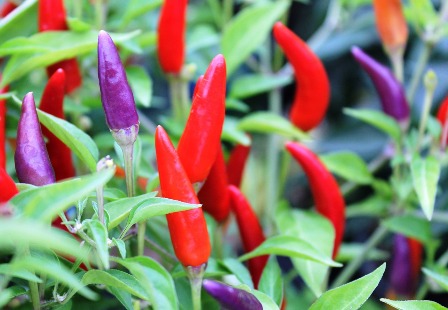 With a random array of colors – purple, cream-colored, yellow, orange, and red – what great peppers these are – to grow and liven up a garden with bursts of vivid, electrifying colors!

Warning!  These peppers are surprisingly spicy and hot – quite a bit hotter than the cayenne peppers I normally grow.  But, even though they’re extra hot and spicy, they are also a tad sweet – which is an interesting combination of tastes.

Chinese five color peppers are just as easy to grow and use – in the same way you would grow and use any other kind of spicy, hot peppers.  Making salsa with them is an all-time favorite of mine.  Putting a few thin slices in a salad – or, using them to make a “five alarm” cheese dip is right up there at the top of my list, too!

Use the “how to grow peppers” page for an easy step-by-step method for growing these great veggies. 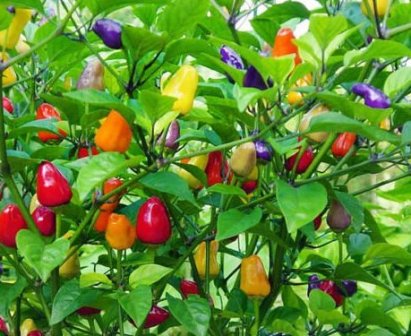 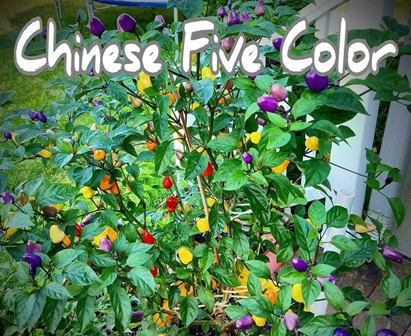 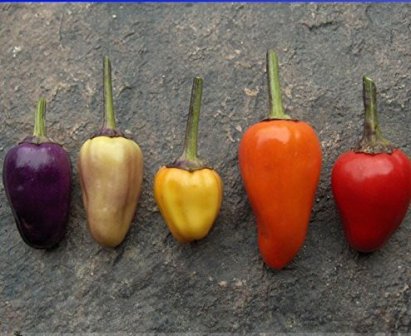 Harley Store – has them as a rare heirloom.  They can also be grown in containers – which make it great for folks with no garden space.

Jaytibby – offers seeds from their organic home grown stock.  They ship their seeds to anywhere that does not have restrictions prohibiting it.

Solutions Seeds Farm – touts 75 days from seed to harvest.  But, that’s a typical growth cycle for peppers anyway – give or take a week or so.

And – There You Have It!

If you liked Part 5 of Rare Exotic Plants For The Backyard Garden, you may also want to take a gander at some of the other editions:

Leave a comment or email me if you have anything you would like added to my listings of rare plants for the home gardener!