There Are Such Things As “Edible” Weeds!

Woulda thunk it – that there are actually edible weeds that we can grow in our gardens!  And, some of them make great companion plants!

Well, here’s a host of them that are easy to grow and delightful to devour.  Most of them are lip smacking good – delectable, mouthwatering morsels for your sophisticated palate!

Read on for culinary enlightenment! 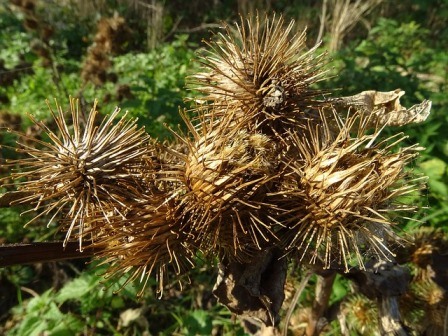 Once you get past those burred little orbs that will stick to your clothes and skin like Velcro, this plant offers an exciting change to your gastronomic endeavors.

As a side note, Velcro was envisioned by inventor George de Mestral after he experienced these burrs clinging to his pants and his dog’s fur while walking in the woods one day in the 1940’s.

The burdock roots – especially during the first year of growth – are crunchy and edible – but slightly bitter.

You’ll experience the same bitterness when eating the leaves, the pinkish purple flowers, and the round seed sacs (burs) that stick to your clothes. 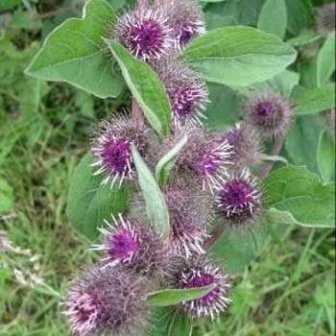 The seeds inside the burs can be germinated in a jar of water and eaten just like bean sprouts.

The stems are a bit milder.

Add oven roasted burdock to sautéed veggies, stews, and stir fries along with your choice of vegetables.  Raw leaves and stems can be added to salads and side dishes, too.  Many folks enjoy burdock tea as well.

Burdock has been used over the millennia for any number of ailments – including arthritis, rheumatism, gout, acne, psoriasis, colds, and cancer to name a few.  It also is a good way to clean up your blood!

Outsidepride has the best burdock seeds – guaranteed to grow well in USDA hardiness zones 2 through 10.

Chickweed tastes a little like flowery medicine – mildly salty – aromatic – and still a bit sweet – kinda like a cross between anise and parsley.

Try to use stems, leaves, and flowers within a couple of days after cutting – as a raw addition to sandwiches and salads – just like you would with spinach or lettuce.

It’s a nice touch to add chickweed to soups and stews, too – or, in a favorite sauté.

It is worth noting that this weed contains a toxic chemical called, saponins – which are also present in legumes (beans, peanuts, etc.) as well as “nightshade” veggies like potatoes and tomatoes.  Saponins are more toxic to animals than they are to humans.  But – not to worry – any species eating chickweed would have to eat a ton of it to even get an upset stomach – and, death is almost as rare as hens’ teeth! 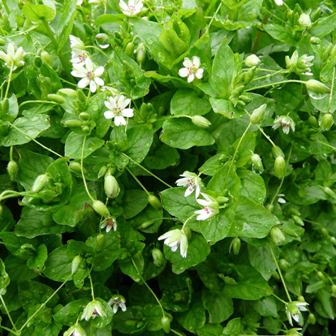 By the way, birds – especially hens – love to gorge themselves on chickweed!

Folk medicine touts chickweed’s knack for alleviating itchy skin and dermatitis.  Chickweed also lessens the painful effects of rheumatism, arthritis, and the uncomfortable cyclic bouts of menstruation.  Since chickweed is highly fortified with iron, it is commonly prescribed to treat iron deficiency anemia. 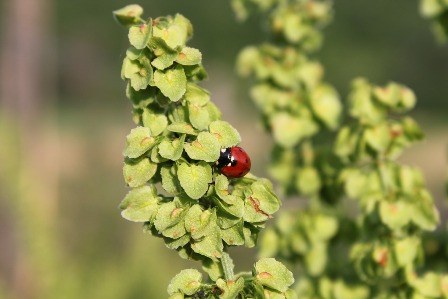 This weed contains high amounts of oxalic acid which makes it not only bitter to the point of giving your mouth a permanent “pucker” – but, eaten in large quantities, curly dock can cause irritation in the urinary tract and act as a catalyst to the development of kidney stones.  And, if you’re still breast feeding your young’un, you may want to refrain from eating this unique plant due to its ability to easily cause diarrhea in babies.  You don’t want your nursing child have the “runs” before they can walk, do you?

Many adults have used curly dock as a laxative over the years. 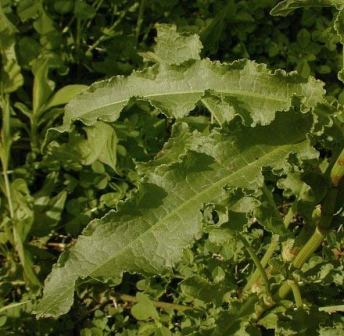 Even though the exorbitant amount of oxalic acid in curly dock sounds a little scary, it’s easy to reduce the acid content by boiling the leaves, seeds, and stems several times – rinsing them in a colander after each time.  This gets rid of almost all the oxalic acid and bitterness – leaving you with a worthy ingredient for anything you would normally put leafy greens into – especially soups and sautés.

If you eat them raw, remember that moderation is the key.

Curly dock – is a premium source of vitamins A and C – plus, a great way to get iron and potassium into your diet. 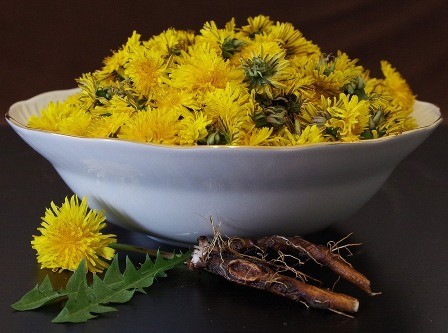 For as long as we can imagine, mammals, including us humans, have been eating dandelions.  They came on the scene 30 million years ago – during the Oligocene period.

Being an abundant source of vitamins (A, C, and K) – and other nutrients (Calcium, Iron, Manganese, and Potassium) – these weeds were optimistically brought to North America on the Mayflower –as a food source – as well as a natural medicine – used as a diuretic – and as a remedy for liver problems and high blood pressure.

All parts of the plant – the flowers, the leaves, the stems, and the roots – are eatable.  There is a truly down-to-earth, pleasantly bitter and nutty taste to dandelions – somewhat like endives or radicchios.

I like to use the raw flowers in my salads.  Plus, I may use any combination of plant parts – including stems and roots – in my sautéed vegetables – or stews.

Now, if you haven’t had dandelion tea, you haven’t lived!  Just add a touch of lemon and a little honey and you’re good to go!  What a refreshing option!

Don’t get me started on how truly excellent my grandfather’s dandelion wine used to be – God rest his soul!  He was the only person I know who could make wine that kicked like a mule!  What a master winemaker!  He could make deliciously potent wine out of just about any plant you could think of!

Lastly, dandelions are, indeed, great companion plants for anyone’s garden!  They attract a gardener’s favorite pollinators – the bees – and, they lure those dastardly cucumber beetles away from your squash plants!

I know of two – count them – two – great places to get the best dandelion seeds: 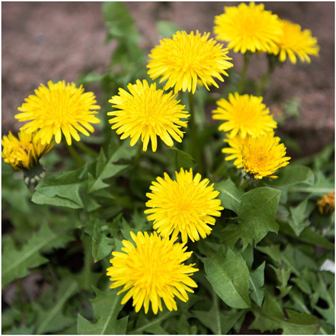 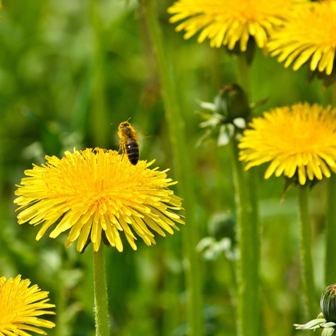 Outsidepride – is my standard “go-to” for rare and exotic seeds and they can send out a pack of 5,000 seeds for a very low cost.  Their germination rates are also in the high 90’s. 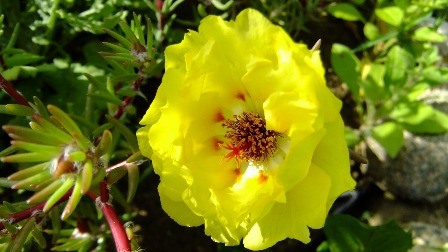 With red stems, small green leaves, and purty little flowers – all of which are ready to add a bit of sour and salty taste to any salad or sandwich – purslane exists to be a welcome addition that adds variety to the dinner table!

Tasting a bit like spinach or watercress – it grows all over the world in just about any environment imaginable.

When cooked in a stew – or stir fry – or sauté – much of the acid – oxalic and malic – is released – dampening the sour taste effect.  That means your lips won’t be all pinched up so much!

As with the other edible weeds, purslane contains a healthy number of vitamins, minerals, and other nutrients – which makes it very valid to enhance the effectiveness of our body functions.

It can liven up the heart – it’s anti-inflammatory – it works as a laxative – it will soften the skin making it more pliable – and, it performs successfully as a diuretic to hasten the passing of liquid waste out of the body.  Trust me – it will make you pee a lot!

It has even been pointed to as a great treatment for increasing the strength and quality of our skeleton and alleviating some skin conditions.

It just does the body good – as they say!

I have two super sources for purslane seeds and they are: 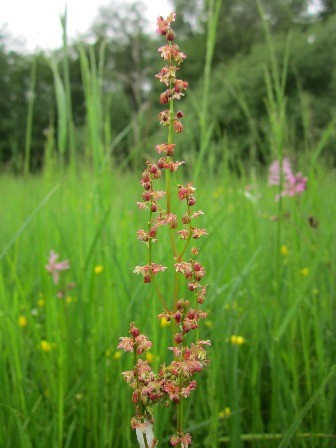 Also called red sorrel – or sour weed – sheep’s sorrel leaves (shaped like the head of an arrow) – as well as the maroon colored female flowers, stems, roots, and seeds – can be eaten raw.  When I use this uncooked weed, I add it to salads, bread, or sandwiches as a garnish – because, it is so outrageously sour that it needs to be mixed with other ingredients to reduce the tartness.  Think “rhubarb.”

Sheep’s sorrel does, however, satisfy my desire for a zesty lemony additive to my meals.

Add it to just about any cooked dish as a spicy alternative – stews, stir fries, soups, sautés, and more.

You can keep cutting chunks off this plant and the stems continue to grow back – over and over again! 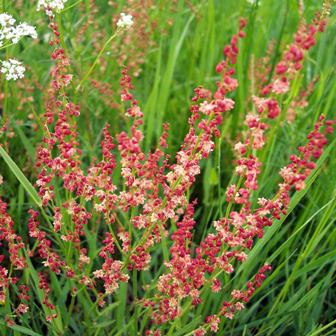 This weed has also been used to promote the curdling of milk when making cheese.

Due to the high nutrient content, it has been very common to use sheep’s sorrel in the treatment of a number of ailments – inflammation, diarrhea, scurvy, and even cancer!

All manner of birds and mammals enjoy sheep’s sorrel, too.  Deer and rabbits will be attracted by leaps and bounds!

Frozen Seed Capsules – is the top source for the best sheep’s sorrel seeds. 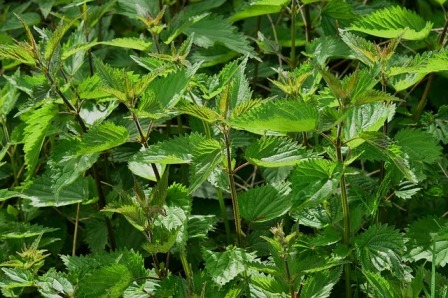 If you’re reading this, I would hazard a guess that you have been stung by stinging nettle sometime in your life!!!  That’s a safe bet, huh?

If you’re like me, you would never have thought that this weed was safe to eat.  Matter of fact, it is just as much a great gastronomic peppery fare as arugula or spinach would be on your menu – and, it tastes about the same – except that nettle does lack the robust iron-ey taste of spinach.

Allow me to impart some tricks and techniques needed when you start gathering and preparing stinging nettle for a meal:

This weed is another green leafy food that can be steamed, sautéed, or stir fried – and added as a topping to veggies, pasta, soups, stews – and so on – and so forth.  You can even make nettle tea!  Imagine that!

With its wealth of nutrients – vitamins (A, B, C, and K) – minerals (Sodium, Magnesium, Calcium, Iron, Phosphorus, and Potassium) – and fatty acids (Linoleic, Linolenic, Palmitic, Stearic, and Oleic) – it becomes a no-brainer to include stinging nettle in our daily diets.

Stinging nettle has been used for decades for treatment of muscle and joint pain, skin itches and rashes, anemia, gout, and the like.  And, it’s a great diuretic that helps flush out the toxins that cause urinary problems – and, those toxins will sometimes lead to an enlarged prostate.

It increases testosterone levels in men – leading to improvements in sexual health and performance.  I am always interested in improving my health AND performance!

This amazing plant – rich in silica and sulfur – when applied to the scalp – helps fight hair loss – aids in hair re-growth – and can even help to restore your original hair color!  I’m not just whistlin’ Dixie!

If you do get stung by stinging nettle leaves, the itching and burning can last up to a full day – if you don’t treat the cause.  But – never fear – help is here.

The thing to remember is this plant’s chemical defense is formic acid – along with several other histamine-like chemicals. 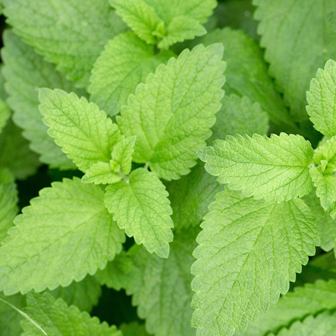 So – just neutralize the acid!

And, how do you do that?

In no time at all, the discomfort will vanish.

Abracadabra – PRESTO – all is well again!

Now – go out and get some Outsidepride – Stinging Nettle Plant Seeds – and get started growing this mind-blowing weed!

I bet you never thought you could eat weeds – especially if you’re prone to “conventional” thought like I am.  But, when you start thinking outside the box, the world – and all its food possibilities – are wondrous to behold!

Comment below or email me – and, tell me if you are a “weed eater.”  Or, if you only have a yard tool – called a “weed eater” – that is electric or gasoline powered – designed to destroy these additional food sources!