Before Getting Started With Snow Thrower Reviews…

You may be asking yourself the question, “Is it a ‘snow thrower’ or a ‘snow blower’?”  Most folks are used to calling this machine a snow blower.  But, that is not factually correct.  The word “blower” conjures up visions of a vacuum hose type affair that literally sucks the snow up and blows it out of the path being cleared.  In actuality, this contraption moves the snow using a rotating auger that pushes the frozen white stuff up and out through a discharge chute – making it actually a “snow thrower.”  And, one more thing you may want to do before getting into the snow thrower reviews…

Say ‘Thank You’ To Arthur Sicard 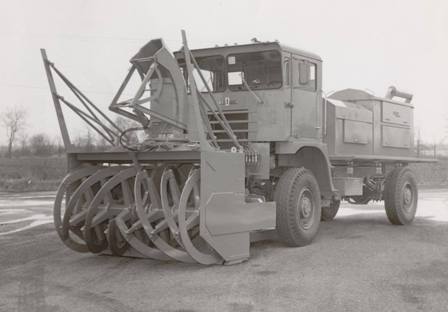 Mr. Sicard, a Canadian, invented the first easy-to-use snow throwing machine – in 1925 – after over 30 years of research and trial and error.  He called it the “Sicard Snow Remover Snowblower.”

Using the concept of a farmer’s grain thresher to create this marvelous invention, Arthur originally intended the snow thrower to help farmers quickly clear their fields of snow so their cows could feed easily.

Updated models of the Sicard Snow Thrower are still in use – in major cities in both Canada and the U.S.A.

It wasn’t until the 1970’s that smaller, more portable snow throwers were being produced that could be operated by one person – on a small scale.  This really helped homeowners and small businesses who were in areas of outrageously heavy snowfalls – where snow shovels couldn’t even begin to keep up with the amount of white stuff dropping out of the sky. 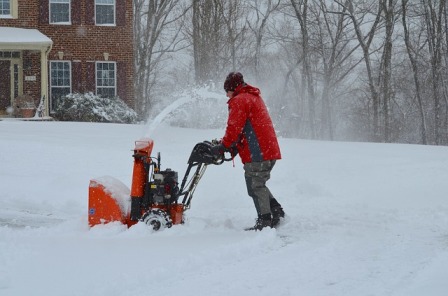 These snow throwers are lighter and easier to maneuver.  If you have a small to medium size area to cover – like a short driveway or sidewalk – or you live in an area that gets only light snowfalls – then these would be more than adequate.

The auger – fashioned like a paddle – pulls in snow and shoots it out a discharge chute.  Since the auger contacts the ground, it is best used on smooth, paved surfaces.  Using a single-stage machine on unpaved areas, uneven ground, or gravel is not recommended or advised.  You don’t need the auger gathering up rocks or other debris and jamming up the machine.

Single-stage snow throwers are limited to picking up snow less than 8 inches deep – and the path they clear is equal to or less than 21 inches wide.

Electric snow throwers are available in both corded and cordless versions.  Since I don’t recommend using anything with an electric cord in wet or snowy weather, I will only review the cordless models.  It is worth remembering that, just as any other outdoor piece of equipment – electric models can’t hold a candle to gas-powered equipment when it comes to power, speed, and durability.  That’s why most electrics are significantly lower in cost – and, they are characteristically lighter than the gasoline versions. 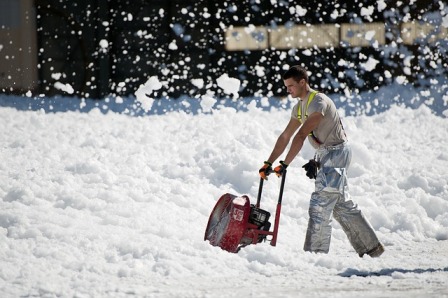 Two-stage snow throwers are great for larger areas – like long, double-wide driveways and sidewalks.  They will move snow – even if it is heavy and wet – a lot more quickly and efficiently than their single-stage counterparts.

The auger on a two-stage machine will pull snow into the snow thrower and direct it through a high-speed impeller fan that sends the snow out through a discharge chute.  The auger does not contact the ground – which makes them ideal for unpaved, uneven, or gravel covered surfaces.

A large area covered with 16 inches of snow is not a problem for a two-stage snow thrower and most of them will cut a path anywhere from 24 to 45 inches – depending on the model.

Three-stage snow throwers operate the same way as the two-stage models.  They are a lot more powerful because of the added use of an accelerator along with the impeller and augers of the 2-stage machines – so, they move more snow out of the way many times faster.  Plus, they are much more adept and efficient when moving heavier, wetter, snow.

Snow throwers are prone to getting jammed up with snow and ice.  It is inevitable that clogs will happen – and, probably, often.

NEVER stick your hand anywhere near an auger to remove a snow jam.  Turn off the machine, disengage the clutch, and use a wooden stick – like a broom handle – to clear the obstruction.  Make this your “rule of thumb.” (Pardon the pun.)

Don’t be one of over 5,700 Americans who lose a piece of a finger or a hand in a snow blower – each and every year.

A Word About Rock Salt And Ice Melt

It’s a good idea to have a few bags of rock salt or ice melt handy – especially in heavy snow areas.  Personally, I don’t use rock salt due to its corrosive properties – it will most certainly scar a driveway and can poison any plants or animals that it comes in contact with.  So, I choose ice melt – a variety that is both plant and pet friendly.

If snow is heading my way, I try to spread a thin layer of ice melt over my sidewalks, driveway, and front steps – in advance of the frozen onslaught – to give all traversed surfaces a head start for the eventual melting.  Oftentimes, I may not even have to get out the snow thrower in a light snowstorm – if I through some ice melt down first. 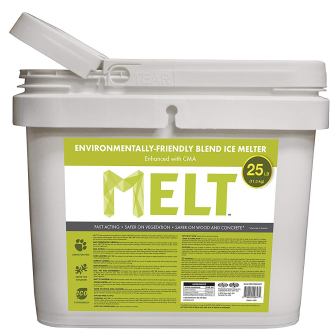 If the snow gets here before I can spread the ice melt, I will lay down a layer after running my snow thrower – to make sure that any ice patches are dispensed with.  There is nothing worse – or more humiliating – than slipping on a small slippery ice spot and ending up on my backside in a snow drift – or, in a mud hole.

Snow Joe Ice Melt – Comes in a 25 pound flip-top bucket with a scoop.

Safe Pet Snow and Ice Melter – This is the most economical deal.  You get 60 pounds – three 20 pound bags – to use on driveways, sidewalks, and parking areas.  One strong snowfall of a couple of inches will probably use up a bag or two – at least. 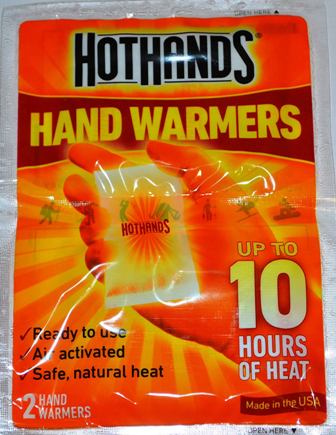 It doesn’t hurt to keep these Hot Hands Hand Warmers nearby, too.  They are air activated heat packs that I use inside my gloves and my socks.  They keep my hands and feet comfortably warm even in the most frigid temperatures.  Since I discovered how wonderful they are, I don’t go out into the cold without them!

Let’s Get Right To It 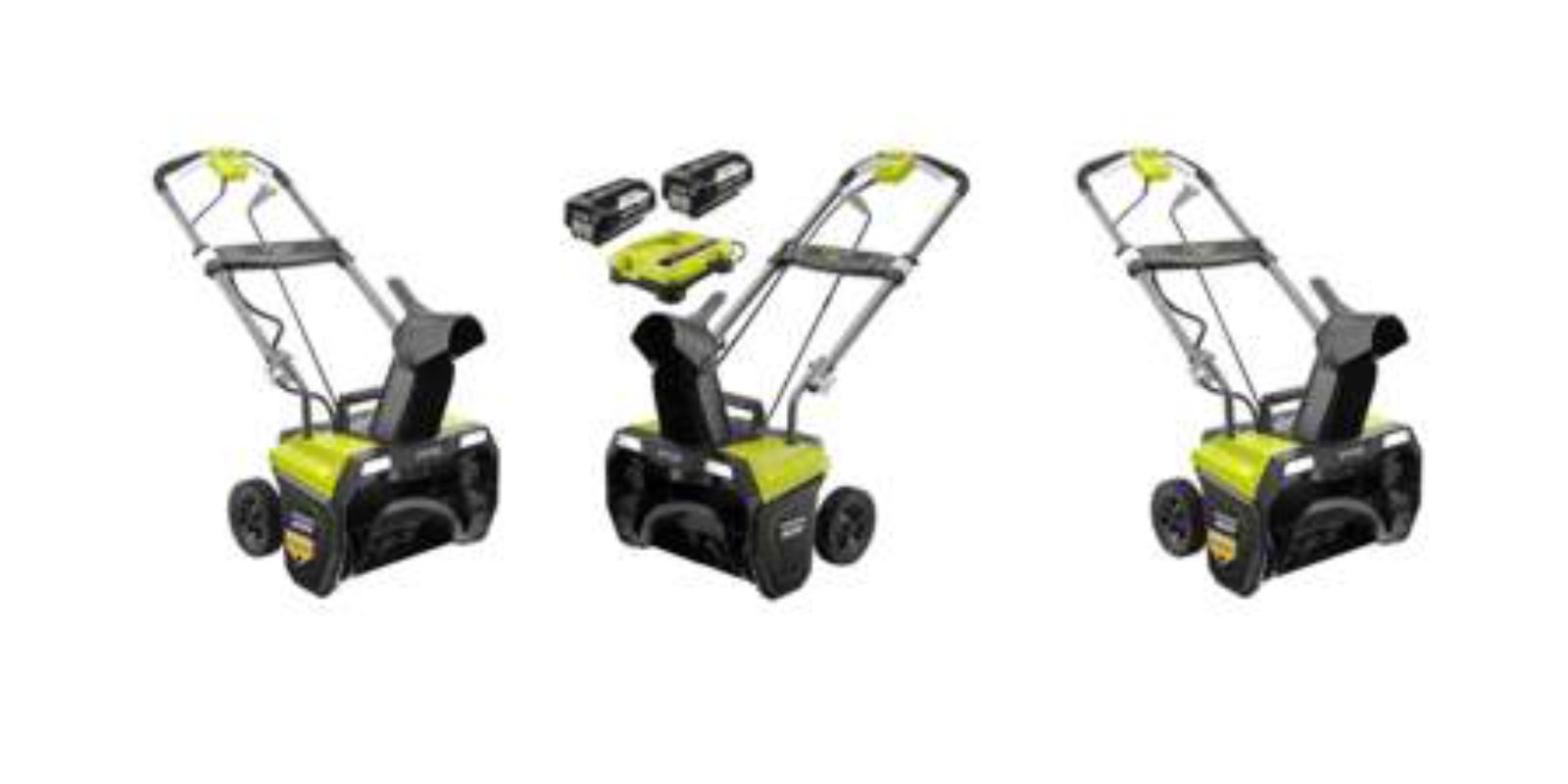 Ryobi RY40850 20-inch 40-volt Snow Blower – This lightweight little machine can handle powdery, fluffy snow quite well in depths of up to 10 inches (per the manufacturer).  But, if you have a lot of heavy, wet snow to deal with, move on up to a single-stage or, preferably, a two-stage gas-powered machine. 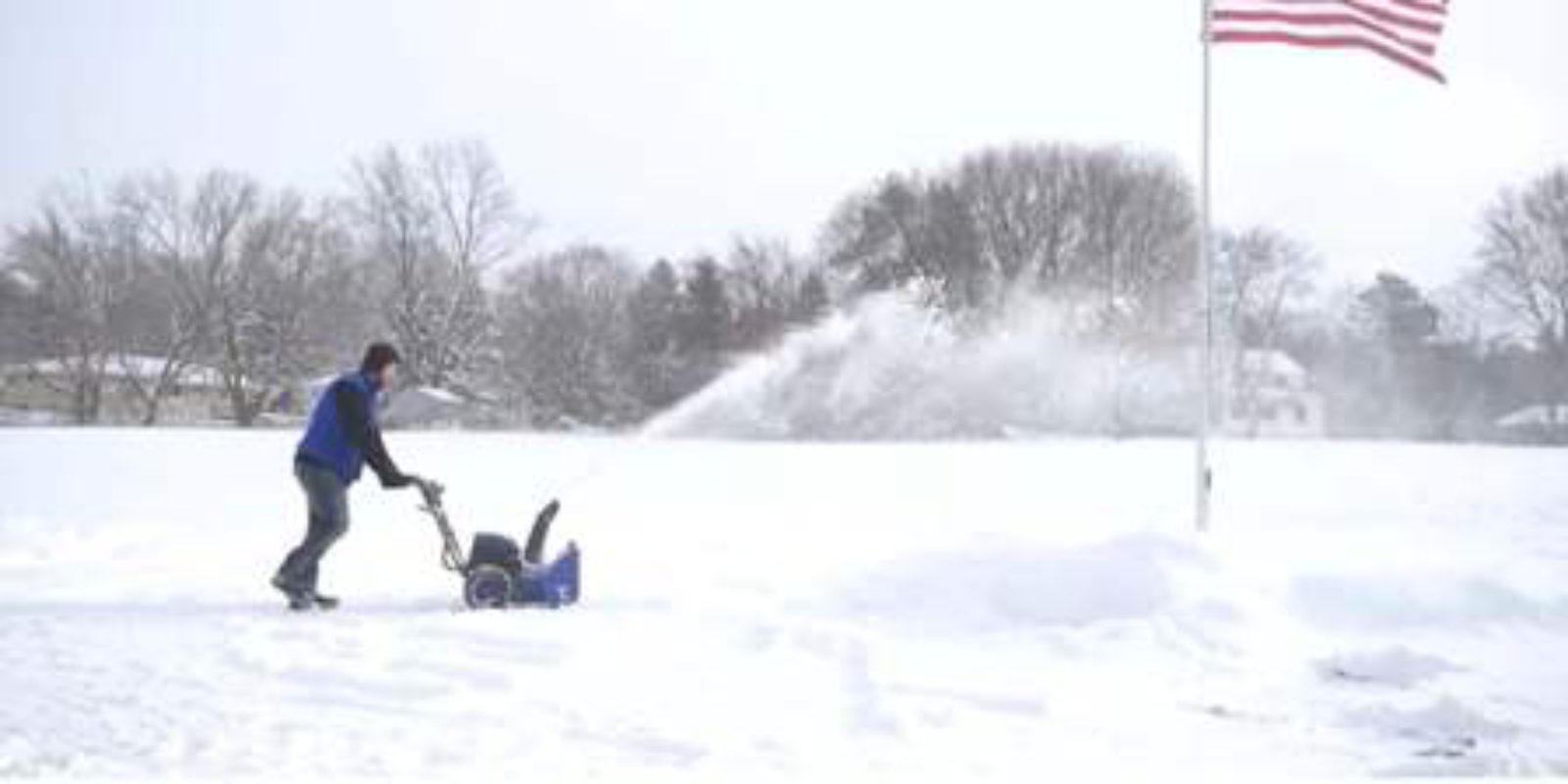 Snow Joe iON8024-XRP Snow Blower – Forget what I said earlier in this article about how weak electric snow throwers / blowers are when compared to their gas powered counterparts.  It doesn’t apply to this voracious beast.  This Snow Joe is a unique 2-stage machine that delivers the power needed to clear a pile of snow and it’s so quiet, you can easily hear the dinner bell ring.  Don’t miss this one! 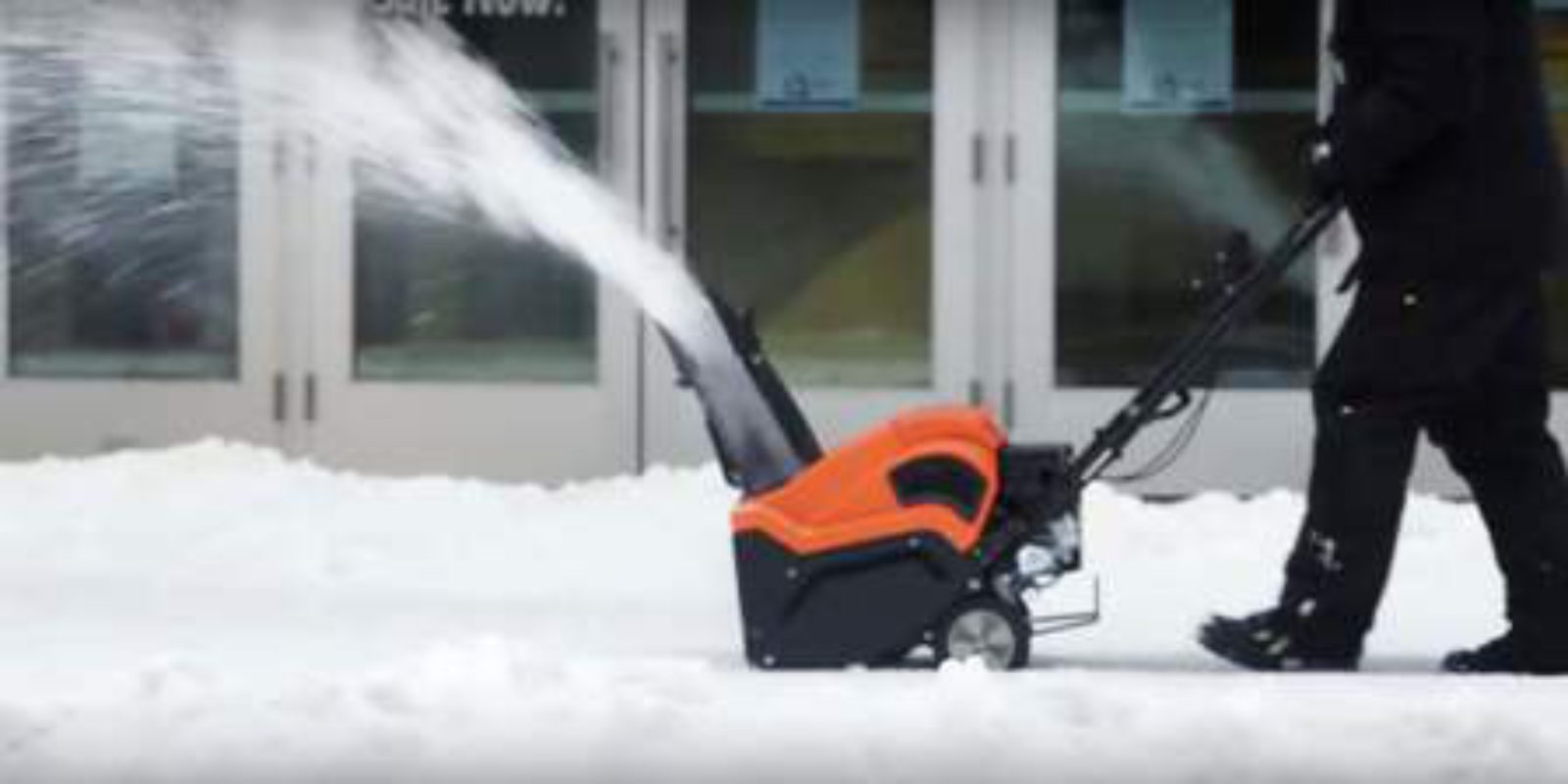 Ariens 938033 Path-Pro Snow Thrower – The toughest little single-stage gas-powered snow thrower available.  This baby digs a lot deeper than the manufacturer certifies – based on customer comments.  Worth a look-see for sure! 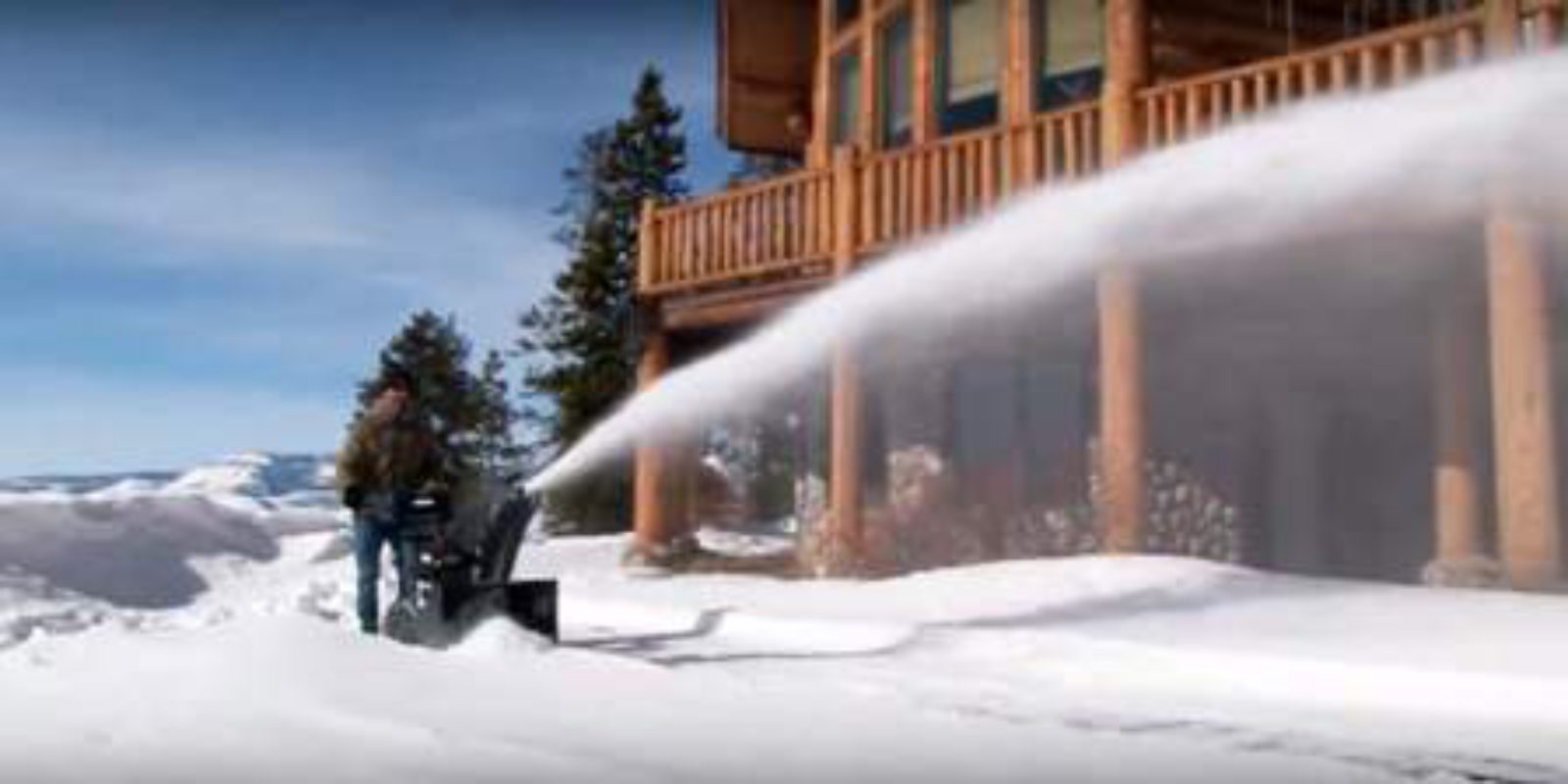 Briggs and Stratton 1696807 Snow Thrower –  This 24 inch steerable 2-stage snow thrower packs a heckuva wallop when it attacks and chews up dry, light snow – wet, heavy snow – and slushy ice.  If you end up trying to move piles of snow close to a couple of feet high, this baby is for you! 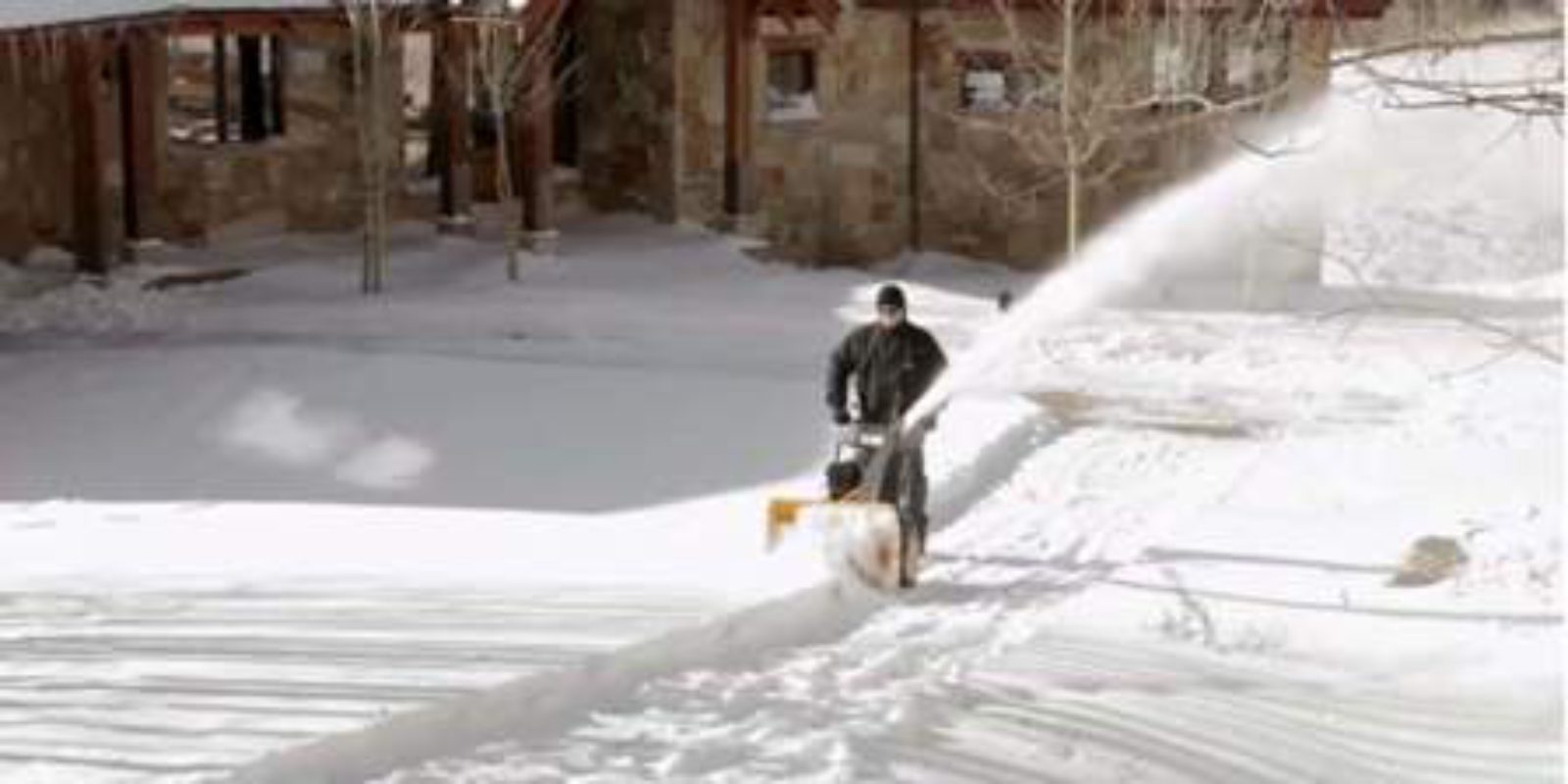 CUB CADET 3X26 Snow Blower – This is one big monster!  Imagine barreling through soft snow, hard snow, slushy snow, ice – even the piles pushed in front of your driveway by the city snowplows.  You can do it with this behemoth! 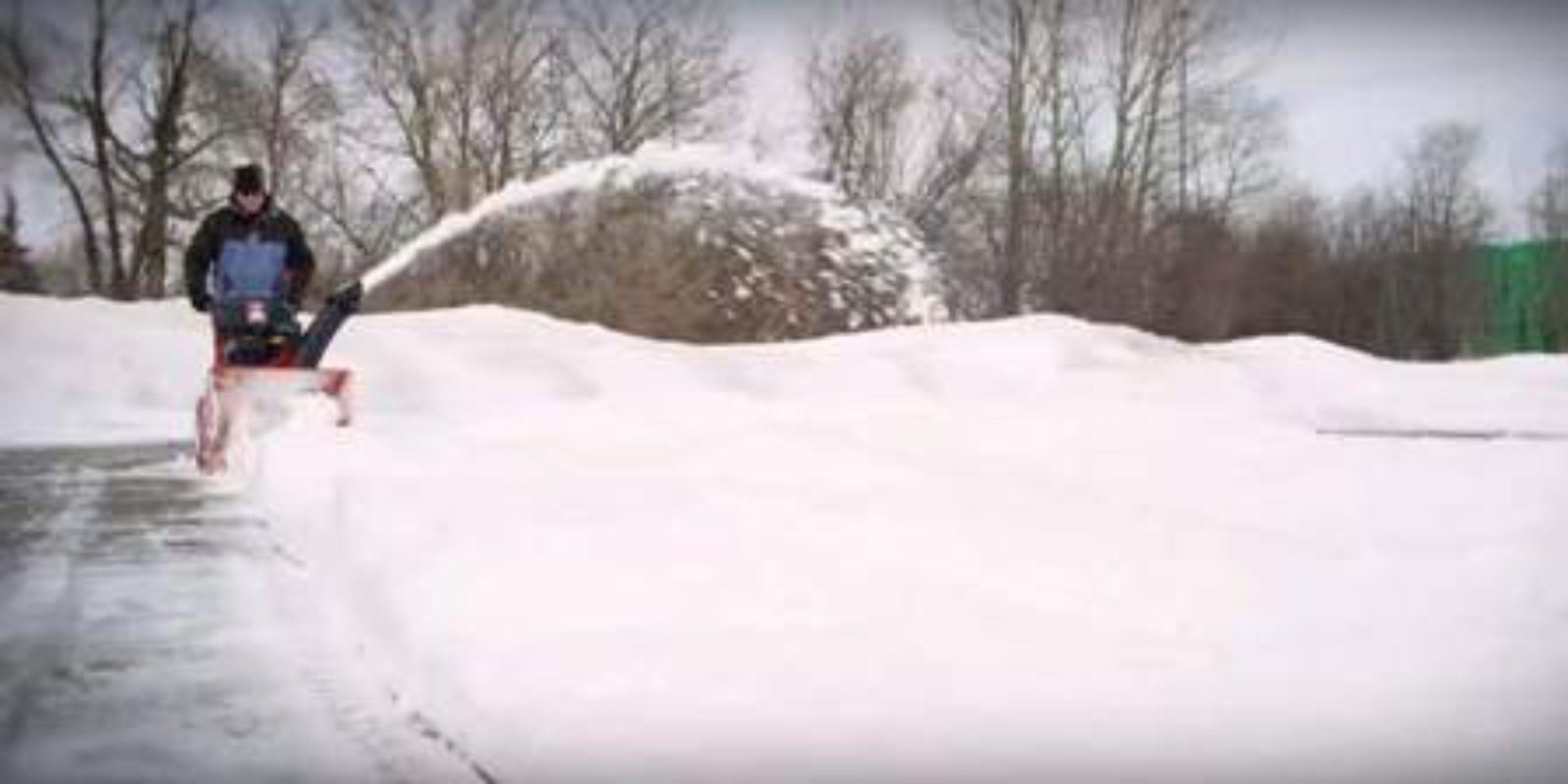 Troy-Bilt Vortex 2690 – They call this one “the neighorhood beast” because, when the neighbors can’t get rid of that hard, compacted snow – left by the city snow plows – at the end of their driveways, the Vortex 2690 comes to the rescue.  You will love it!  After all – it’s TROY-BILT! 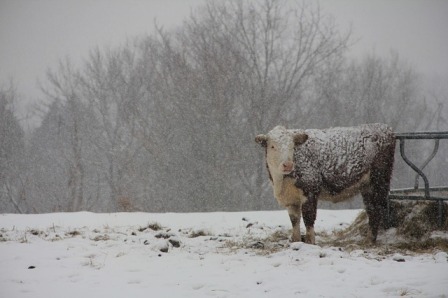 My neighbor, Jed, the retired farmer, came by the other day as I was finishing up this snow thrower review post and he told me about one winter – back on the farm – when it was “so dang cold” – that when he milked the cows, he got ice cream!

Comment below or email me with ideas, thoughts – or whatever comes to mind!