A Breakdown Of Soil In The Eastern Midwest 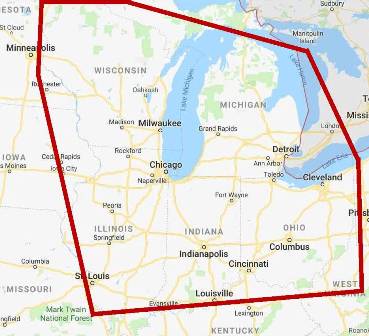 It is time to look at the soil makeup in the East North Central sector of the Midwest.

This is the third installment in the soil analysis series.  For an overall view and for other regions that have been scrutinized, head on over to “Soil Analysis Across The Globe” – and, you’ll find a lot more interesting information about soil ingredients, horizons, and a whole lot more!

State soils in this region are very diverse – ranging from black, dark gray, soils of Illinois and Ohio – to the dark brown soils of Indiana and Wisconsin – to the sandy brown soil of Michigan.  Drainage is a problem in some areas due to a prolific high water table – especially in the spring.

The East North Central Midwestern states are: Illinois, Indiana, Michigan, Ohio, and Wisconsin.  If you prefer not to casually browse these 5 states, click on the one you are interested in and you will be “beamed” directly to the information.

Overall, agriculture, including home gardening, in the East North Central Midwest, produces abundant crops of just about anything that can grow in these hardiness zones that are, for the most part, between zones 4 and 6.

In some cases, where the soil has a penchant for leaching nutrients out of the top horizon layers and /or is extremely susceptible to erosion, I highly recommend using cover crops in the fall and winter months.

Those cover crops will keep your dirt in place for the next growing season while adding valuable nutrients to the soil – minimizing the need for an inordinate amount of fertilizer in the spring.  But, get a soil test – if not every year – at least every other year – to make sure everything is on the right track!  Nutrients and pH levels need to be at optimum growin’ levels to make your plants happy campers!

As in every gardening endeavor, don’t rule out the need for rotating your crops each year.  It keeps the bugs guessing because, they never know where their favorite food will be – and, it allows your legumes to re-inject valuable nitrogen into the soil in a new location every year. 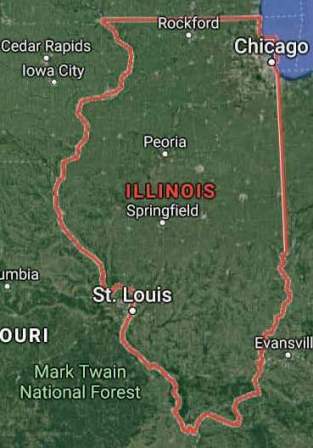 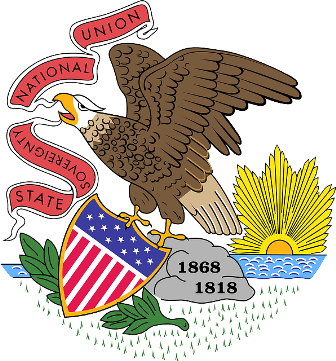 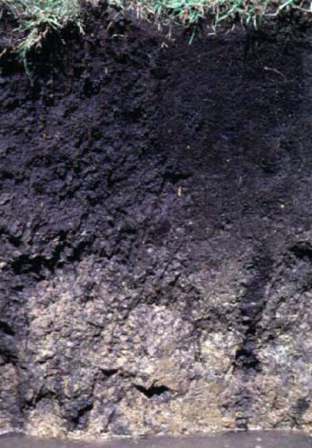 Spanning hardiness zones from zone 5 in the north – to zone 6 in the south – with just the southernmost tip catching zone 7 (Alexander, Pulaski, and Mussac counties), Illinois boasts some of the most fertile soil in the Midwest.  It’s no wonder why it was one of the top ten highest agricultural producing states in the United States several years ago.

The state soil, Drummer, covers over a million-and-a-half acres – and, its deeply rich, black, highly organic topsoil normally needs little, if any fertilizer – as long as crop rotation techniques are used.

The one and only problem is that the soil has very poor drainage characteristics.  It is common for water to “pool” up on the surface during a hard rain – especially in the spring when the water table is higher than normal.  For this reason, farmers and home gardeners alike watch closely for evidence of leaf fungus and root rot that can seriously diminish crop yields – and they treat their veggies with appropriate fungicides like Daconil or Physan 20.

The fertile black to dark gray horizons go deep – from 3 to 5 feet in most areas.  Deep tilling is highly advised to keep the soil loose and promote better drainage throughout the growing season. 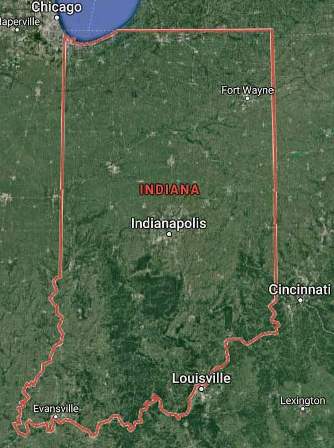 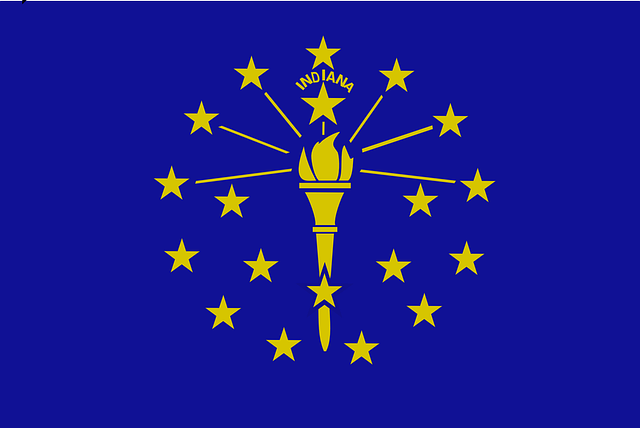 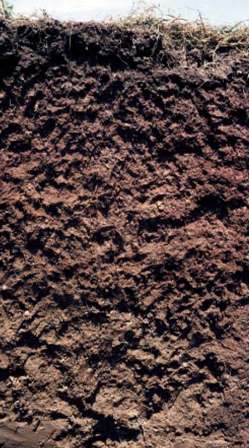 Miami is the most common soil in Indiana – thus, its designation as the official state soil – covering 800,000 acres – in about two-thirds of the state.

This dark brown silt loam soil is so fertile that it helped to put Indiana in the top ten highest agricultural producing states in the U.S.A. – along with 2 other East North Central states – Illinois and Wisconsin.

Even during the late winter months and early spring, Miami soil drains fairly well and allows for a deep, dense tilling.

Wherever you see Miami soil, you can consider it to be a part of some prime farmland.  It just doesn’t get much better than this.  Needed soil amendments are minimal – but, just to be certain, get a soil test at least every couple of years to make sure your garden has the nutrients and pH level needed for a successful harvest.

Central and southern Indiana sit in hardiness zone 6 while the northern regions are in zone 5. 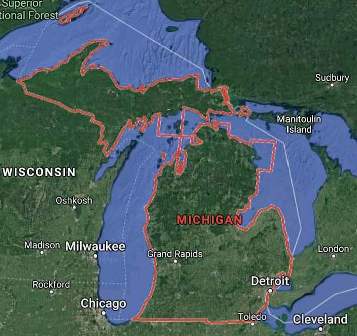 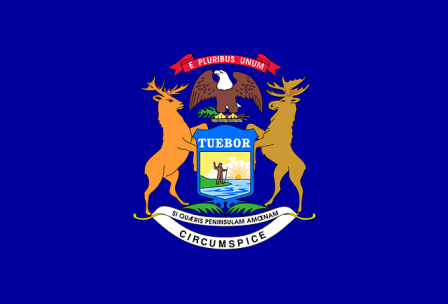 Michigan’s state soil is Kalkaska – covering almost a million acres – throughout the Upper Peninsula and in the northern half of the Lower Peninsula – making it the most abundant soil in the state.

This brown, sandy loamy soil is one of the least fertile in the East North Central group.  Additionally, the water drainage speed can be severe – giving way to excessive draining of nutrients from the top layers and causing continual drought conditions.

With this in mind, it is smart to get a yearly soil test to understand just how much fertilizer and lime is needed to prepare the home garden for the coming season.  Also, don’t forget to add some additional irrigation using soaker hoses to make sure your veggies get enough moisture to their roots.

I recommend using cover crops to help replenish the garden’s nutrients during the fall and winter months – to minimize the amount of soil additives that will be needed in the spring. 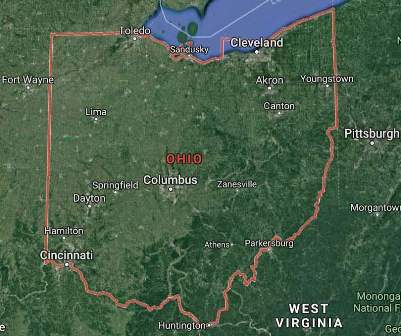 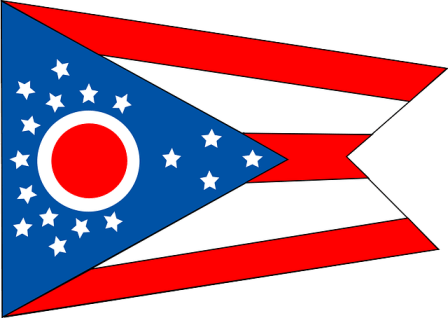 Miamian soil in Ohio covers three-quarters of a million acres across the state – with its greatest concentrations in the central west “Till Plains.”

This state soil shows up as a deep, dark grayish brown silt loam at the surface – sometimes, almost black due to its rich organic content.  Reaching into the subsurface – into the “B” or “E” horizons – you’ll find a dark yellowish brown clay loam.

For the most part, the lush Miamian soil drains relatively well – so much so, that, throughout the Till Plains, there are large swaths of farmland – making good use of its positive qualities – where family farms reap bountiful harvests of corn, soybeans, winter wheat, and oats as their main source of agricultural income.

Miamian soil has a tendency to get a little too acidic – requiring a yearly dose of lime to bring the pH down a bit.  Get a yearly soil test to keep abreast of the changing pH levels – and you’ll also get some insight into any nutrient depletion that may occur due to heavy rains that can leach the plants’ food out of the top growing layers – driving their nourishment down into the subsurface – below the reach of plant roots.

95% of Ohio is smack dab in hardiness zone 6 – with a few small north-central areas that sneak into zone 5. 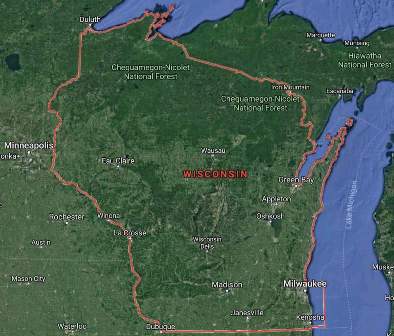 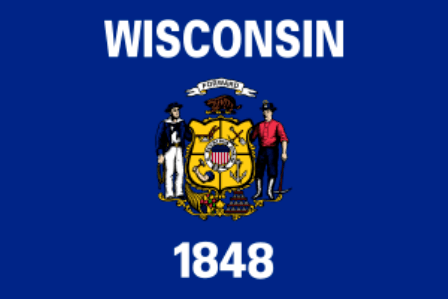 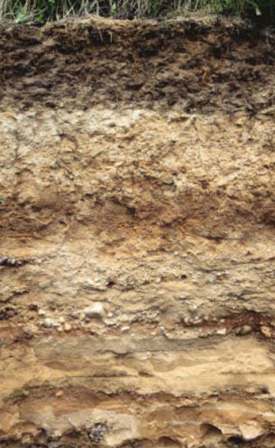 Antigo, Wisconsin is the namesake for this state’s most common soil.

Antigo soil is as rich as the soils of Illinois and Indiana – which is why Wisconsin is also in the top ten list of the nation’s highest agricultural producers – and makes Antigo soil worthy of being Wisconsin’s state soil.

Though Antigo soil drains well, it has a tendency to erode easily – thus, cover crops are routinely used in the fall and winter by farmers and home gardeners alike – to hold the soil in place when it’s not veggie growing season.

Crops most popular with Wisconsin farmers are corn, small grains, hay, potatoes, and snap beans.  As long as crops are rotated, yearly soil tests aren’t needed – but, it doesn’t hurt to get one every couple of years – to make sure your garden is on the right track.

Wisconsin straddles hardiness zones 4 and 5 – with just a smidgeon of zone 3 in the Northwestern corner of the state.

My neighbor, Jed, the retired farmer was at my poker party last week – and, he was so unlucky playing cards that it reminded him of a time back on the farm – after his wife, Millie, had passed away.

He was forced to hire several farm hands to help him in the fields and a cook to make meals and take care of the house.

Everything went well for a few years.  But, one day, Harley Muncy, an agent from the state’s Labor Board stopped by to see him.  Harley wanted to find out if Jed was paying his employees a fair day’s wages.

Harley:  “Jed, I need to see a list of your employees – including how much you are paying them.” 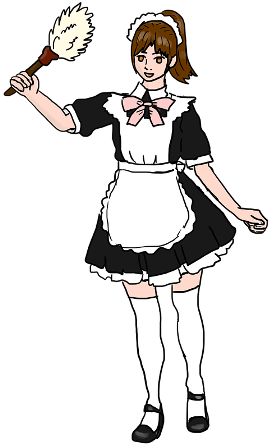 “Well, there’s not much to tell you.

Then there’s the nitwit who works a minimum of 18 hours a day and does about 90% of all the work around here – plowin’ fields, cleanin’ the barn, feedin’ the animals – and, even doing a lot of cooking and cleaning in the house.  He makes $5 a week and he pays his own room and board.  But, I buy him a big bottle of Kentucky bourbon every Saturday for his bonus!”

Well, there you have it!  Without wasting too many words, you’ve got the “Reader’s Digest” version of soils in all 5 states of the Midwest’s East North Central region.

If you’re living there, I would be happy to hear about your garden experiences and what you have done to be a successful home gardener in your locality.  Comments and emails are welcome.  I am happy to hear from you!