Where Did Celery Come From? 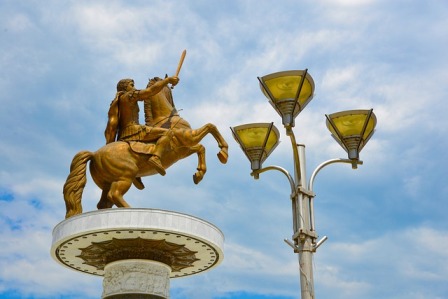 The pharaoh, Tutankhamen, must have enjoyed eating celery – because garlands of celery leaves were found in his tomb.  I don’t think his subjects would have left the leaves in the tomb if King Tut hated the stuff.

Most likely, the celery was growing wild in those days – since there is no history of “formal cultivation” until the reign of Alexander the Great – in Ancient Greece.

And, celery didn’t make it to North American tables until the mid 1800’s – and only after it was re-bred a number of times to remove the bitterness and increase the sugar content, as well as creating a crispier texture. 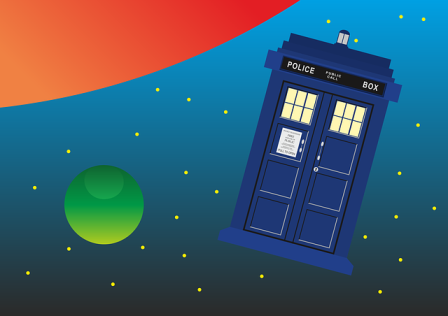 Peter Davison, who played the part of Doctor Who, from 1981 to 1984, wore a leafy celery stem in his buttonhole.

Since celery is so inundated with water – 95% of it – if there is a drought that prevents the plant from getting the moisture it needs, the stalks will actually become hollow.

As it is with peanuts, celery can cause a very severe allergic reaction – anaphylactic shock – in anyone with a celery allergy.  Cooking does not destroy the allergen.  But, if you live in North America – take heart – because, most cases of celery allergy occur in Central Europe.

Crushed celery seeds and dry leaves have been used to treat bloating, inflammation, arthritis, high blood pressure, and muscle spasms.  Rub the juice all over you to keep the mosquitoes away, too!  I’m here to tell you that no self respecting mosquito will get anywhere near the smell of celery juice! 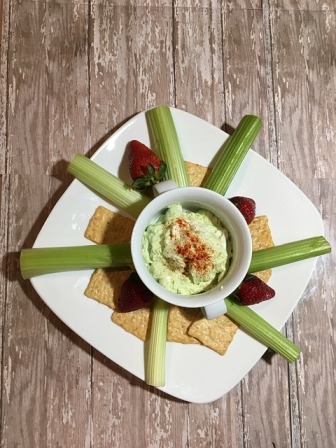 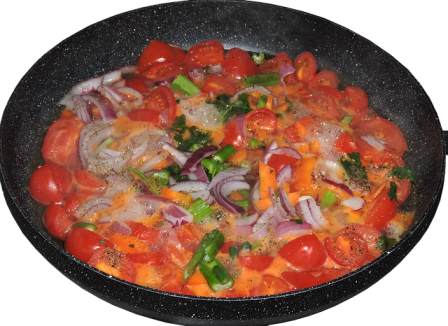 Just like almost all other veggies, celery can be eaten raw.  In fact, a major portion of celery is consumed as uncooked spears.  They are seen frequently complementing a serving of hot, spicy chicken wings, along with a favorite tasty dip like Ranch or Bleu Cheese dressing.  And, what is a Bloody Mary without a celery stick to stir it with?

Celery is routinely added to soups and sauces.  Cajun and Creole cooking almost mandate adding celery, along with onions, bell peppers, and, maybe carrots, to most of their gumbo-style dishes.

There is a stronger flavor in the leaves which are sometimes added to soups and stews as a dry herb – or sprinkled on fish and meats prior to being roasted or fried.

Celery seeds can be turned into essential oil to be used for a perfume additive.  They are also used as a spice in either whole seed form or ground into a seed powder.  Add ground celery seeds to salt and guess what you get?  That’s right!  Celery salt!  Even dried celery leaves can be used to produce celery salt.

The Celery I Desire – Sets Me On Fire

Well – maybe, it doesn’t really set me on fire – unless I spice it up with a bit of Tabasco sauce – but, it sounded good to say it.  What with all the water content, it will, most likely put out any Tabasco fire my mouth experiences!

Anyway, it’s worth looking over my picks for a super duper celery harvest!

In the Northern hardiness zones, 6 or less, get the plants in the ground just after the last heavy frost in the spring.  In the South, zones 6 or greater, where winters are mild and frosts are light, stick the plants in the garden anytime from fall to early spring.

In either case, start the seeds indoors – beginning 2 months prior to garden planting.  Process the seeds through Jim’s standard course of action – germination, transplanting, and hardening off.

Celery likes at least 6 to 8 hours of sunshine a day – and, at least an inch of water per week.  Double the water if you can afford the utility bill.  Since celery doesn’t like the high heat of midsummer, try to find an area that they can get a little shade during midday – either close to high trees or bushes – or taller veggie plants like corn or tomatoes. 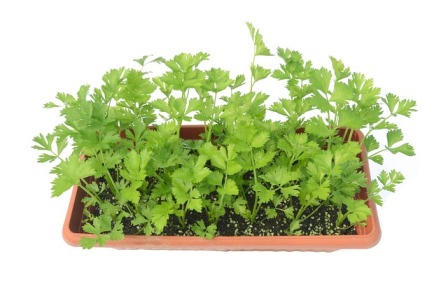 When Is The Celery Ready For Pickin’?

Once the stalks are about 8 inches tall, you can pick them one at a time by breaking them off – or remove the whole plant by cutting it at the base with a sharp knife or shears.

As the green color of the celery darkens, it becomes more and more nutrient rich and sweeter.  But, they also become tougher and stringier.  So, it’s a balancing act to harvest celery at the right time – to tantalize your unique taste buds. 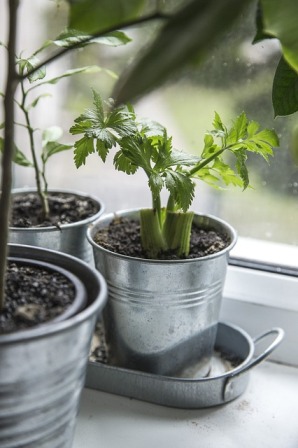 You can actually grow celery from a cut off celery base.  When removing the celery plant, cut off a couple inches of the base, set it upright in a bowl of warm water, and place it on the window sill – where it can get some sunshine.  Change the water every day and, after a week or so, leaves will be sprouting out the top – at which time you can transplant it into potting soil.

But, in each of these long term storage methods, the celery will lose its crunchiness.

Just like all the other veggies in my garden, the bugs and the fungi like celery, too!  Rotate your crops to minimize attacks by pests and diseases.

The dreaded aphid will suck the juice out of celery and many other veggies, too.  This can cause stunted growth and wilting.  Plus aphids can transmit some nasty viral diseases.

Immature and adult thrips will suck the juice out of celery plants – much the same as aphids.  They also love flower pollen.

Knock ‘em dead with a good dose of insecticide like Ortho Flower, Fruit and Vegetable Insect Killer – as soon as you notice any insects – or holes –  on the plants.

Fungal diseases like Early Blight and Fusarium Wilt love to attack celery.  Either one can destroy a plant in a heartbeat.  Yellowing leaves can be a sign of nutrition deficiency or pest infestation.

But, if you don’t see any holes in leaves or stems and there are no bugs or eggs on the plants, you know it isn’t a pest problem.

And, if you have been fertilizing the plants regularly, the yellowing isn’t related to a lack of plant food.

Subsequently, the only conclusion is that the celery is most likely under attack by fungi.  As soon as you make that determination, get out some Daconil and go to town on the plants.

If the diseases are too rampant, remove the plants completely – roots and all – from the garden – then bag them, and put the bag on the curb for your weekly trash pickup.  Do NOT put the plants into your compost pile or anywhere near your garden – or, the diseases will be back – next year.

My Neighbor, Jed, The Retired Farmer

Last week, I was out in the garden pickin’ some veggies and Jed leaned over the fence and motioned to me to come over and talk a bit.

I figured I was about to be inundated with another bout of Jed’s wise guidance so, I stopped what I was doing and ambled over to the fence.

Jed said, “I never told you this – but, my poor departed wife, Millie, was never a very loving person when we were married.”

I told Jed that I was sorry to hear that because I thought that Millie and he had a perfect marriage. 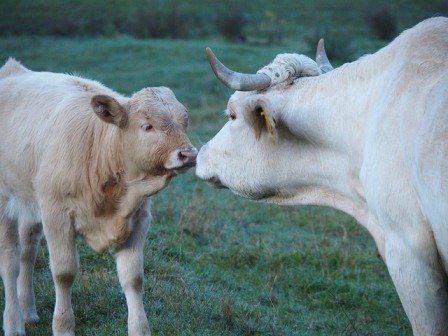 “Well, she was a fine woman – a good woman.  And, I know she loved me a lot.  She just never showed affection as much as I wanted her to.

So, one time, we were taking a leisurely walk through the cow pasture – carefully watching out for any ‘cow pies’ as we meandered along – and, we saw Bessie, the cow, and Buster, the bull, rubbing noses.

Trying to give Millie a very obvious hint, I told her that watching Bessie and Buster rubbing noses like that made me want to do the same thing.

And, you know what she said?”

What do you think of that?”

Smiling at Jed, I told him that I didn’t know what to think of it.  Sometimes, Jed can leave me speechless.  So, I just went back to grabbin’ groceries from my garden!  And, Jed strolled back over to his place.

Comments and emails are most welcome.  I respond quickly to all!

2 thoughts on “How About Growing Celery Plants? Do You Wanna Be Part Of It?”